British-Ghanaian rapper, Solo 45, has been jailed for 24 years for repeatedly raping and assaulting four women while he held them against their will.

The Grime star, whose is real name is Andy Anokye was known by his stage name Solo 45. He was found guilty at Bristol Crown Court of 30 charges relating to a two-year period.

The 33-year-old was convicted of 21 rapes and five counts of false imprisonment, two counts of assault by penetration and two of assault occasioning actual bodily harm by a court in the southwestern city of Bristol.

The offences were committed between February 2015 and March 2017. 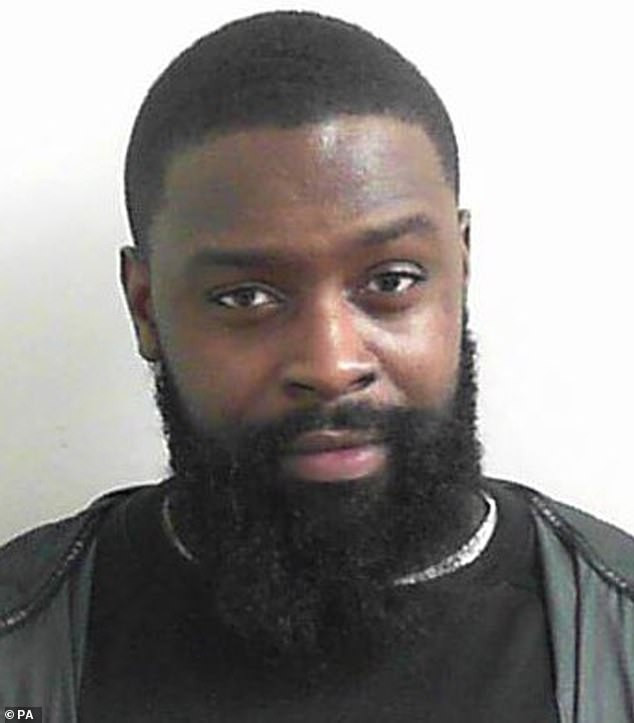 Police began investigating Anokye in 2017 after one of his victims told friends and police that she had been raped. After his arrest, officers discovered harrowing footage filmed by Anokye on his mobile phone, and this led police to three other women.

He met these victims at his gigs and developed relationships with them before assaulting them, his trial heard.

One of Anokye’s victims who testified in court told the Guardian newspaper: “He put me on the bed and put a flannel over my face and poured a bottle of water over it, which made feel like I was drowning,” she said.

Another said she was stabbed in the thigh and held at knifepoint.

Anokye told the court that all the acts were consensual role play in a game called “catch me, rape me”.

The trial heard he forced one woman to lie in a bath of freezing cold water, held a shotgun to the head of another woman. and made one sit with a bottle of water tied to her finger with a shoelace.

According to prosecutors. his abuse included holding a cloth covered in bleach to women’s faces, with one woman telling jurors he had forced a mobile phone down her throat.

Giving evidence, Anokye told the court he had dacryphilia – sexual arousal from tears.

Graphic video clips filmed by Anokye were played to the jury, in which the rapper was seen interrogating the women about previous sexual partners, slapping them, insulting them, and raping them.

One clip showed a woman crying and saying ‘I hate you’, with the musician laughing and making a thumbs-up sign to the camera.

The videos were so intimate and extreme that Judge William Hart cleared the public gallery of the courtroom when they were shown.

During sentencing, Judge William Hart imposed an extended sentence, meaning Anokye will serve 24 years in prison and five on licence, and ordered he must sign the sex offenders register for life.

The judge told Anokye, who appeared by video link from HMP Long Lartin, he had ‘no sexual boundaries or empathy for those concerned’.

He said Anokye had ‘become addicted’ to the ‘perverted pleasure’ he took from abusing the women in the case.

The judge added: ‘You have a background that includes gang associations and criminal violence.

‘I’m entirely satisfied that your career as a music artist was flourishing at the time of this offending and that you would have gone to great heights.

‘You were part of a well-known collective – Boy Better Know. The fellow artists from that collective have achieved great success.’

The judge said none of those fellow artists were aware of Anokye’s behaviour, or ‘dark side’.

‘They are in no way tarnished by your misdeeds which you carried out in a private way,’ the judge told Anokye.

‘Your convictions have deprived you of that career but the fault is yours alone.’

Anokye, who was signed to Island Records and had collaborated with Stormzy, JME and Wiley, was described as a ‘violent, controlling narcissist and a bully’ by prosecutors during the case.

Quamina MP Has Reportedly Lost His Father Through Fatal Accident