Boxing legend, Mike Tyson is set to make his comeback fight against Roy Jones Jr. on Sept. 12 in an 8-round exhibition being called ‘Frontline Battle’ according to a new report by TMZ. 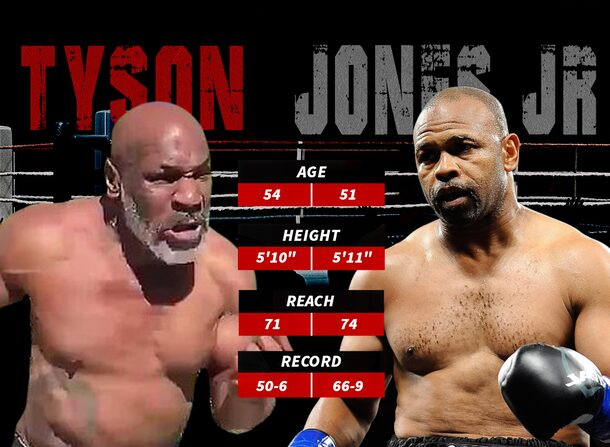 According to TMZ “Iron” Mike will take on Roy Jones Jr. on Sept. 12 in an 8-round exhibition being called Frontline Battle — available on Pay-per-view and on the social media platform, Triller.

“We’re told the fight will take place in California — and will be sanctioned by the California State Athletic Commission.”

“The event will include an undercard and live musical performances from top artists — and since Triller is backed by big stars like Snoop, Lil Wayne, Future, The Weeknd, Pitbull, Marshmello and more — the entertainment should be pretty solid!”

READ  33 Year Old Woman Arrested After She Was Caught Burying Her Baby Alive In Kaduna, Nigeria With Her Sister

Tyson has not fought since retiring in 2005 but has been uploading posts on social media showing off his fast boxing skills and ripped body while Roy most recently fought in Feb. 2018 but he’s been training constantly and feels he can compete with Tyson.

TMZ talking about the fight added in it’s report;
“There’s more … we’ve also learned Triller locked up the rights to a 10-part docuseries featuring Mike and Roy preparing for their fight … with 2 episodes dropping every week until fight night, streaming on the platform.”

Tyson has had to battle substance abuse and weight issues since retiring from the sport nearly two decades ago but says he is in the best shape of his life and proceeds from the fight will go to charity.