Hundreds of Manchester United supporters have stormed the pitch at Old Trafford ahead of their game against Liverpool in protest at the club’s American owners. 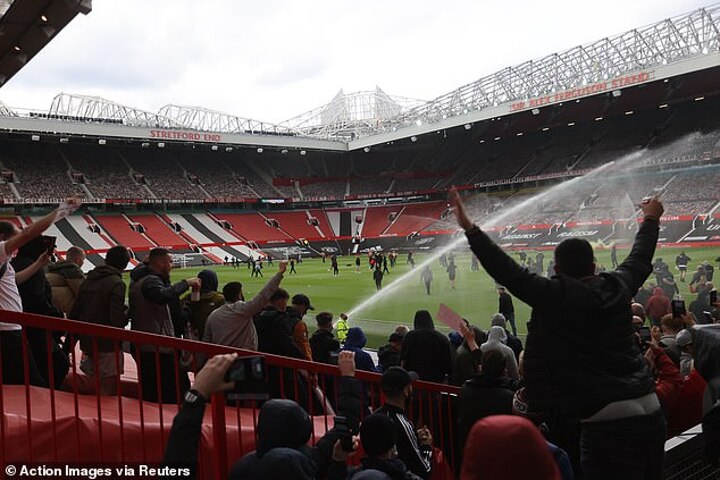 It came after many more blockaded the entrance to the Lowry Hotel where the United players and staff are staying.

This afternoon’s match against Liverpool is surely in jeopardy following the invasion.

Thousands had assembled at an organised protest outside Old Trafford against the club’s American owners and their efforts to sign United up to the European Super League. 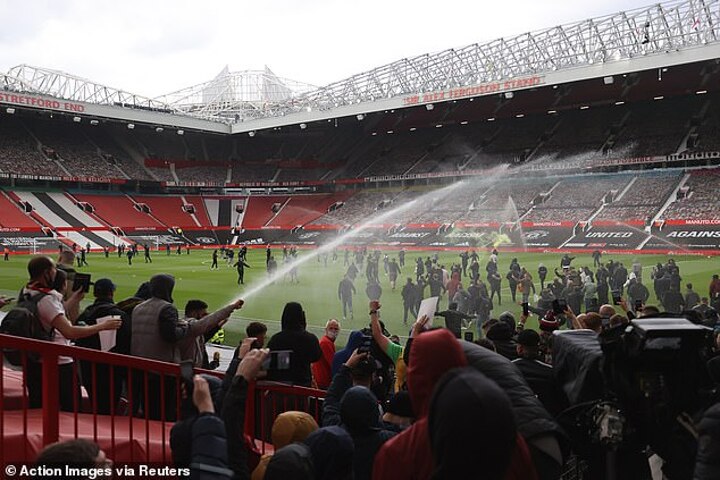 And a section of the crowd managed to storm the entrances to the stadium, breach security and get onto the pitch.

The departure of the team bus on the short journey from central Manchester to Old Trafford was delayed as police tried to force back the crowds and restore order.

United were one of six Premier League clubs who initially signed up to the doomed project last month. They all withdrew 48 hours later following a furious backlash from the wider football community.