Home Viral Banker Reveals The Lesson His Driver Taught Him On Personal Finance After...

A banker name Bayo Adeyinka took to Twitter to reveal and share the lessons he learnt from his driver called Biliaminu Lawal about personal finance.

According to him, Mr Lawal was humble and referred to everyone as “Oga mi” (my boss). he was a widower and he single-handedly raised his three children and send them to school.

He said he got to find out that, His driver with a meagre monthly salary, owns a home of his own. He was amazed to hear that as he didn’t have his own house or a plot of land though he earned way more than him

He said he began observing Lawal’s life and learnt lessons on personal finance. 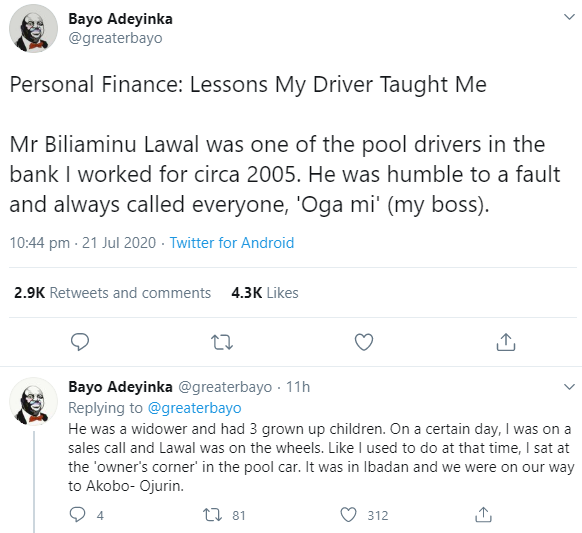 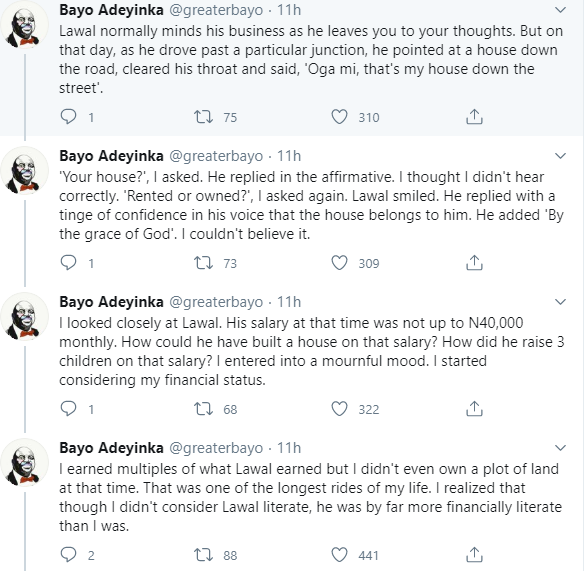 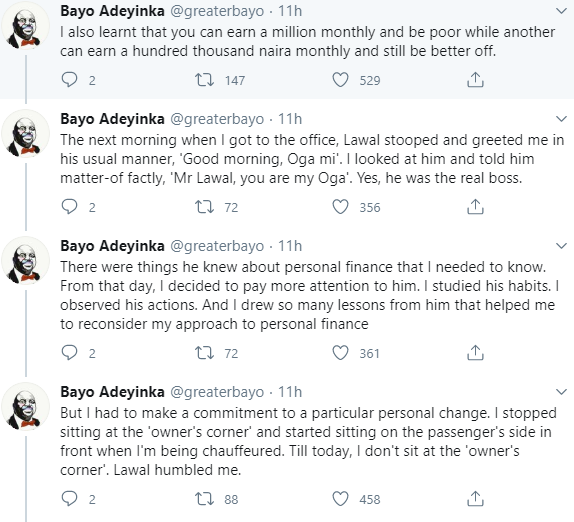 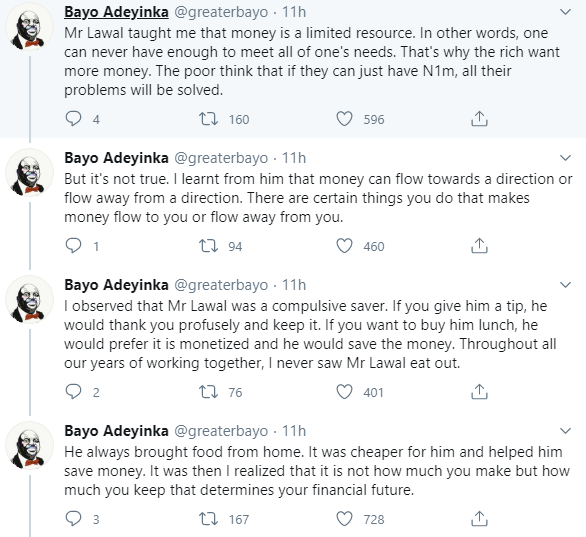 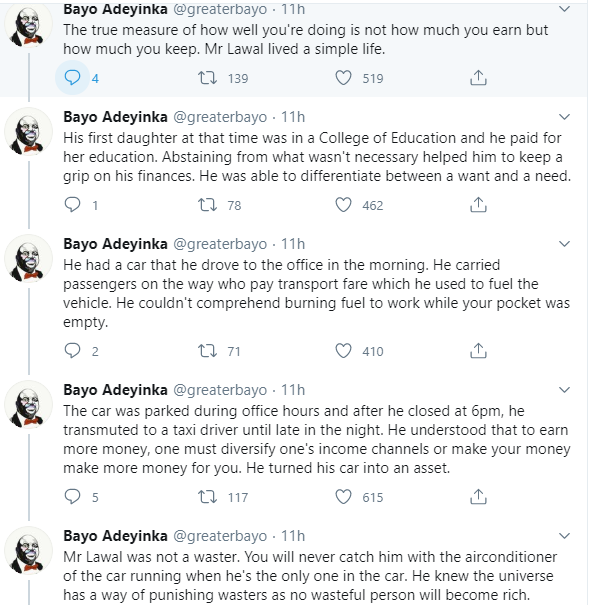 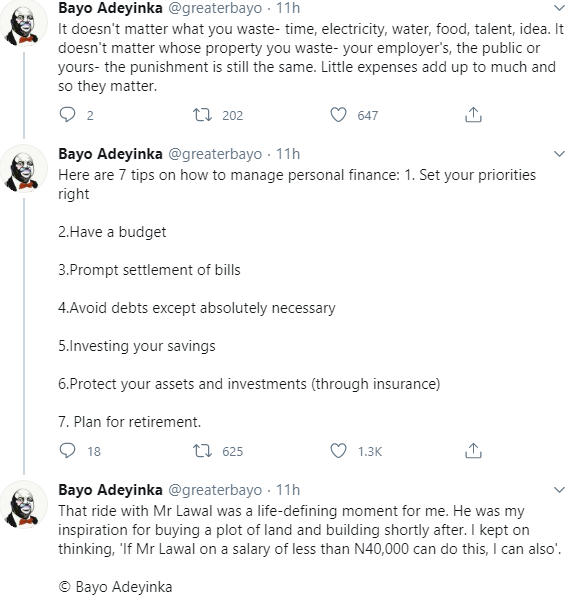