The Black Lives Matter mural painted in front of Trump Tower in midtown Manhattan, New York City, has been vandalized, making it the third time it’s been vandalized in one week, according to the New York Police Department.

The New York City mural was painted on Fifth Avenue in front of Trump Tower earlier this month. Trump Tower is home to the Trump Organization’s headquarters.

The latest incident occurred Saturday afternoon, July 18 when two women from Staten Island, ages 39 and 29, were arrested after they were seen pouring paint on the mural, the police department said. 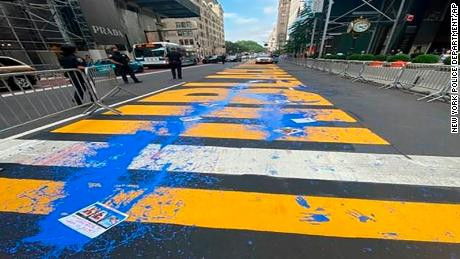 When an officer attempted to approach one of the women, the officer slipped and injured his head and arm, the NYPD said.
The two women have since been charged with criminal mischief. 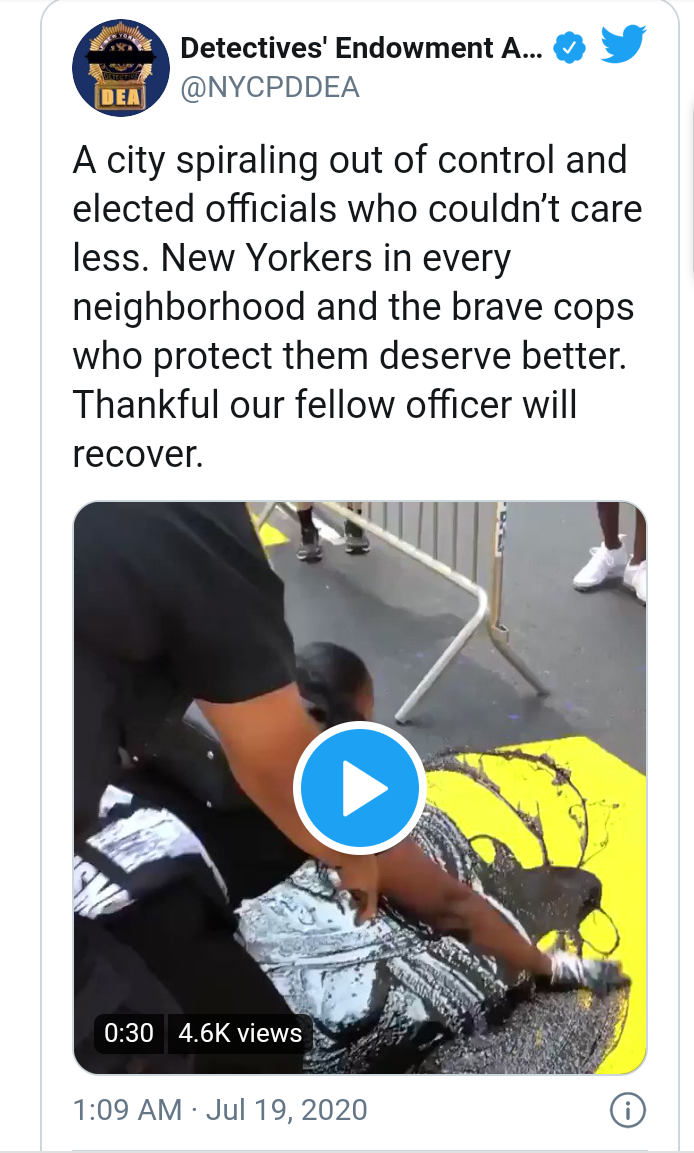 “It is absolutely unacceptable that the mural to commemorate the Black Lives Matter movement was vandalized, and we will absolutely fix it,” Julia Arredondo, a spokeswoman for New York Mayor Bill de Blasio, said in an email on Sunday.

The mural was first vandalized on Monday when a suspect poured red paint on the V in “Lives.” 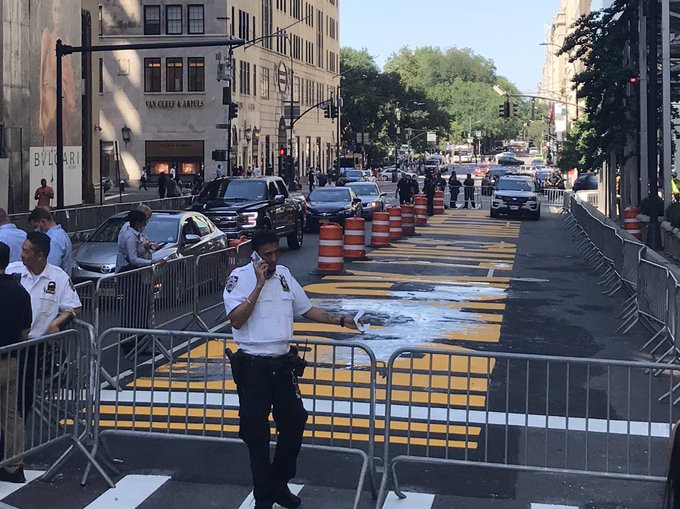 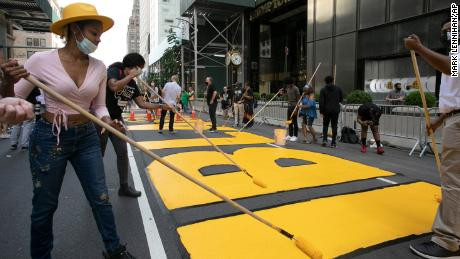 Then on Friday, surveillance video captured three individuals “pouring and smearing paint on the mural and one woman spreading flyers at the scene,” according to the NYPD.

Police arrested four people responsible for the Friday vandalism who had blue paint on their hands and clothing and charged them with criminal mischief and released.

Recently, US President Donald Trump called the words “Black Lives Matter” a “symbol of hate” and sharply criticized mayor de Blasio for “denigrating” the area in front of Trump Tower.