Home Entertainment DJ Khaled Shuts Down Half-N.a.ked Who Was T.w..erking For Him While On...

DJ Khaled’s reaction when a scantily-clad woman connected to his IG live and started to tw..`erk has gone viral.

The curvy woman had on bum shorts that showed off half of her bum. She also had on a skimpy bra that could barely contain her b00bs.

When she connected and started twerking, DJ Khaled quickly tried to get her to stop but she only took it up a notch by telling DJ Khaled that she has water. She then turned her bum to face the camera, tw.erked some more and started to pour water on her butt.

DJ Khaled tried to tell her to stop and is seen nervously darting his eyes around his room.

“I’ve got a family,” he told her at some point and even covered his eyes with one hand. 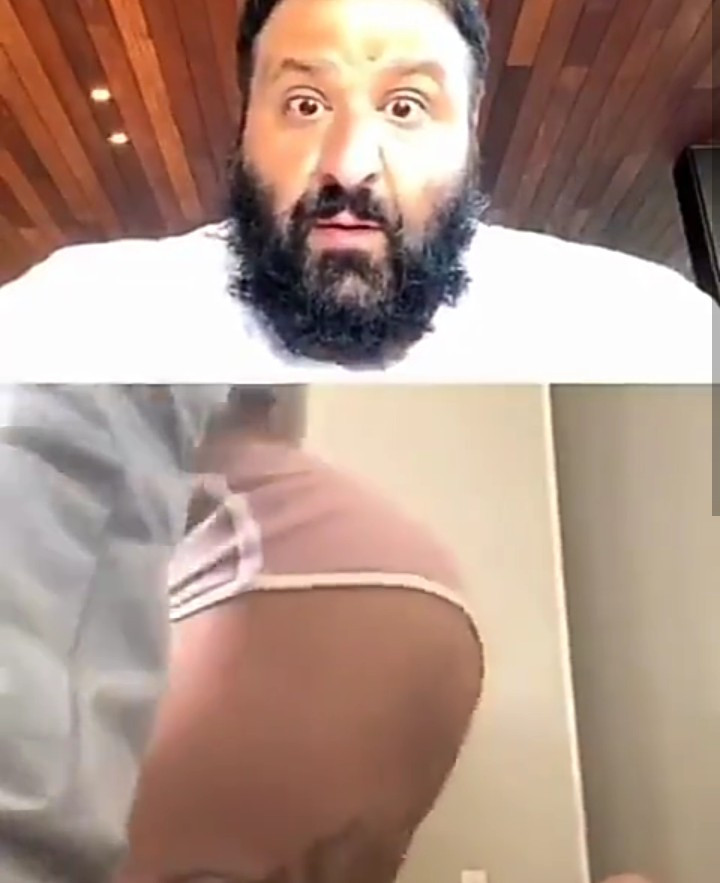 “Try to be normal. I have a family,” he added but the woman continued.

At this point, the married father-of-two disconnected her from his Instagram Live video.

Dj Khaled Shuts down half-naked woman who came on his IG live to twerk while he’s fasting. pic.twitter.com/r12tWXvfcD

Indian Priest Beheads A Man In His Shrine As A Sacrifice To A Goddess Who Came To Him In A dream An Order To...

Italian Seria A To Make A Comeback On June 20