Actress and entrepreneur, Fella Makafui has started a campaign for Shatta Wale on social media.

Her online campaign is to get Shatta Wale freed following his arrest.

The popular Ghanaian musician was arrested yesterday after reports about his fake gun attack went viral.

Two of his guys, Nana Dope and Gangee were also arrested.

Fast forward, her industry mother, Fella Makafui has started a campaign to get him out of the cells.

In her post sighted by browngh.com on Twitter, Fella Makafui used the hashtag #FreeShattaWale after calling him a king. 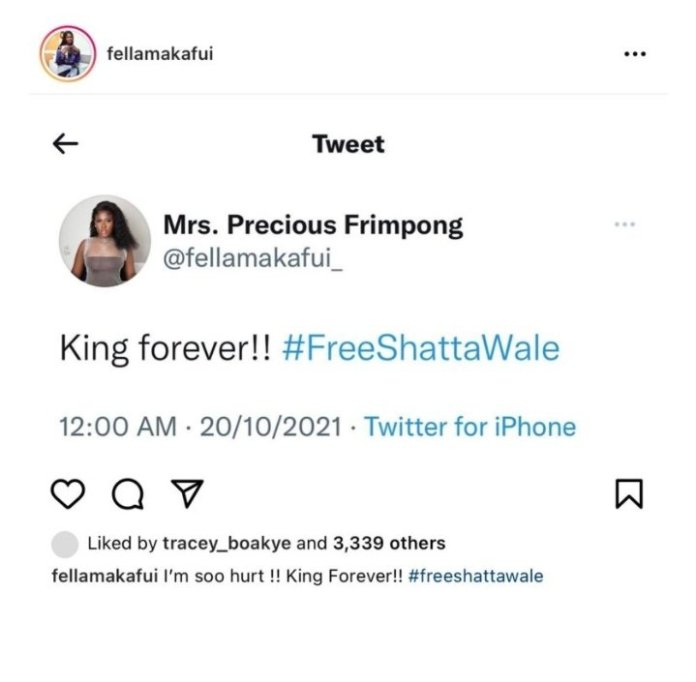 Men who lie about their marital status in order to deceive girls should be considered criminals and punished by the law – BBNaija star...

Actress Yvonne Nelson reveals one of the things she misses

Joyce Blessing is ashawo, two of her kids are not for her husband – Lady alleges

Obi Cubana biography,source of wealth and net worth

Bizarre moment men removed body of their murdered friend out...

George Darko - December 6, 2021 0
A group of friends removed the body of their murdered friend out of his coffin and put him on a motorcycle to give him...

Say hi lemme block you if you know you will not...

“If you have material with Star symbol, you are not making...