Though Funny Face is in the grips of the Police, his social media accounts are still running again.

His accounts went passive since he was referred to the Psychiatric hospital.

Funny Face was asked to seek physiological help after he was arrested some days ago and appeared before the court.

READ ALSO :  My biggest achievement since I started acting from 1980s is traveling abroad – Adwoa Smart

While he is still at the hospital, updates on his pages raised concerns.

People questioned who was behind it.

In a reply browngh.com has come across, the person behind, identified himself as his manager, handling the account from home.

See a screenshot of the reply below. 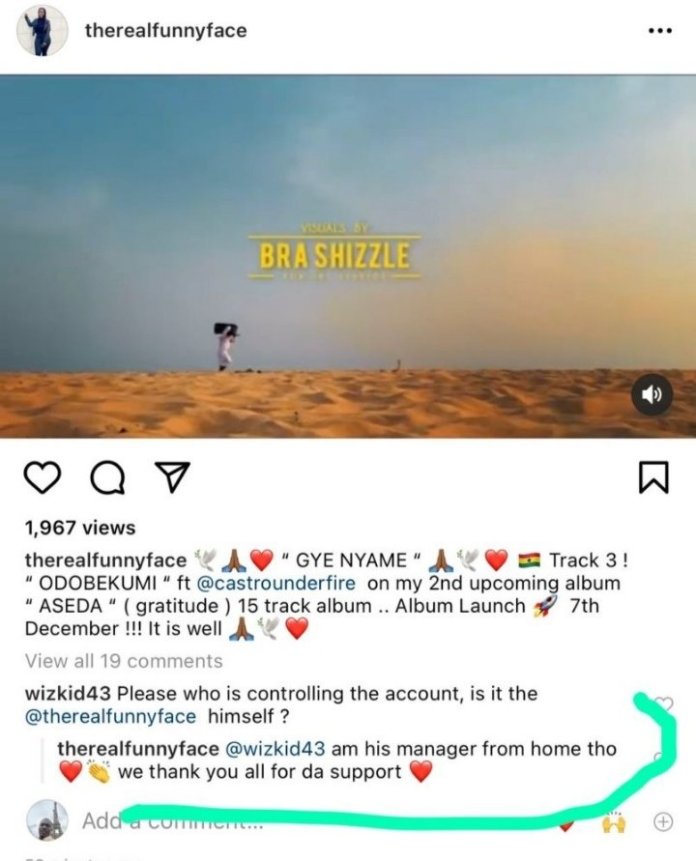 Photos of the woman expecting a baby with Tristan Thompson

Tonto Dikeh, Caroline Danjuma, others react to alleged killing of 12 year old student by his schoolmates in Lagos

I feel like I’m earning too much, double my rent – Upcoming Nigerian singer tells landlord

Anytime you quarrel with your partner, think about the s3x you had before you break up – Shatta Wale