Angel Maxine who is a musician made this revelation in an interview on Peace FM’s ‘Entertainment Review’ on Saturday 23rd May,2020. 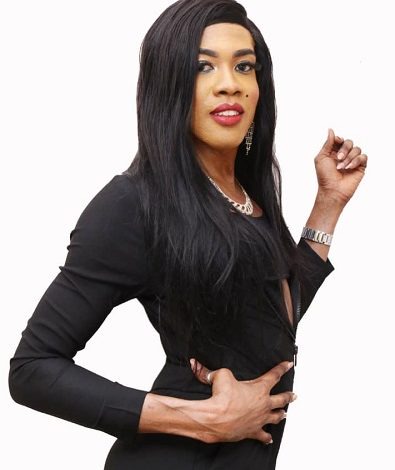 According to Angel Maxine,although he is a transgender he is also a human being and doesn’t deserve to be castigated.

He described himself as a ‘lady; although she has the male organ.

Reacting to critics,Angel Maxine disclosed that he cannot fathom why people will bash her over her decision to switch her sexuality to a feminine figure.

“I have feelings for everyone but am not bisexual.I don’t see why this thing is a big deal to people.They don’t want to understand.If someone has decided to make theirs private but people are doing worse and crazier things.People you and I know.So I don’t see me coming out to tell people who I am to look strange to people.Most people are hypocrites.The same people who come and insult me are the same people in my inbox telling me I want to have sex with and how much do you charge for a month.This is not a big deal” Angel Maxine disclosed.