Home Viral Guy Dumps Lady Who Accommodated And Paid His University Fees Because His...

A leaked WhatsApp chat has shown how a 25 year old guy broke up with a lady who fed, accommodated and paid for his university tuition fees.

The conversation which was shared by a Twitter user, Mr. Aristocrata revealed that the guy named Collins, decided not to marry the lady, Martha, because his parents didn’t want him to get married to a lady who is older than him.

After being fed and accommodated for 3 years by Martha, Collins has now broken up with her after graduating from the university and getting a job.

The lady feels cheated and used, and can’t get over how she ended up “wasting 3 years of her life building castles on the air”.

Read the WhatsApp conversation below; 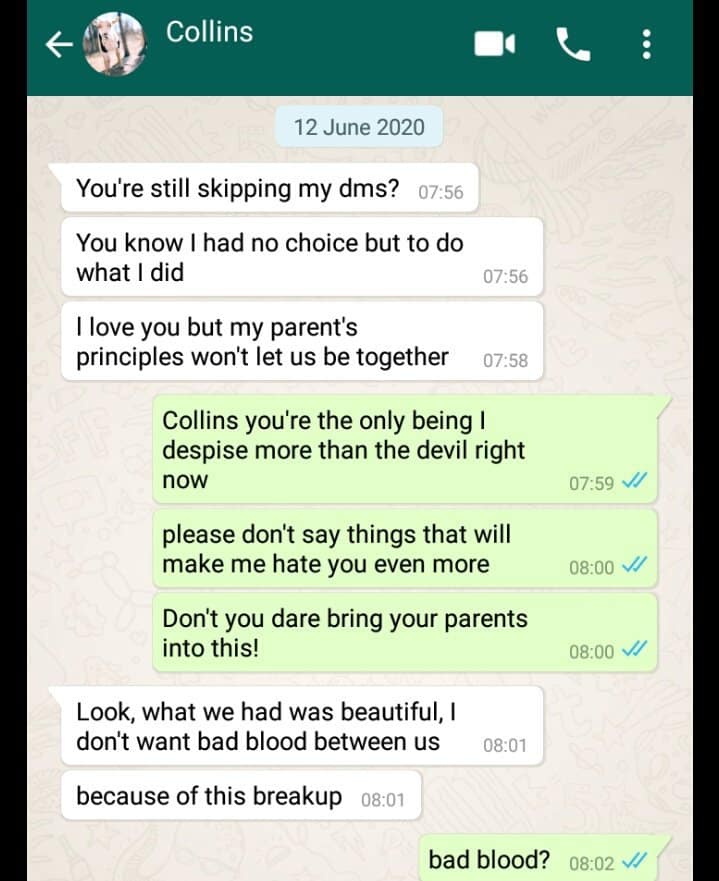 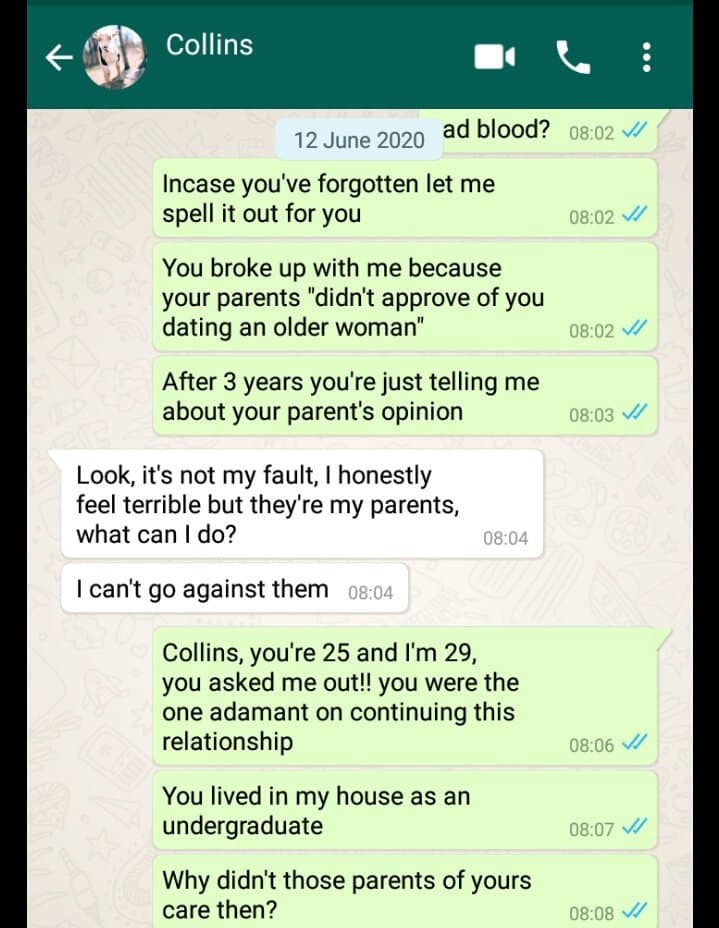 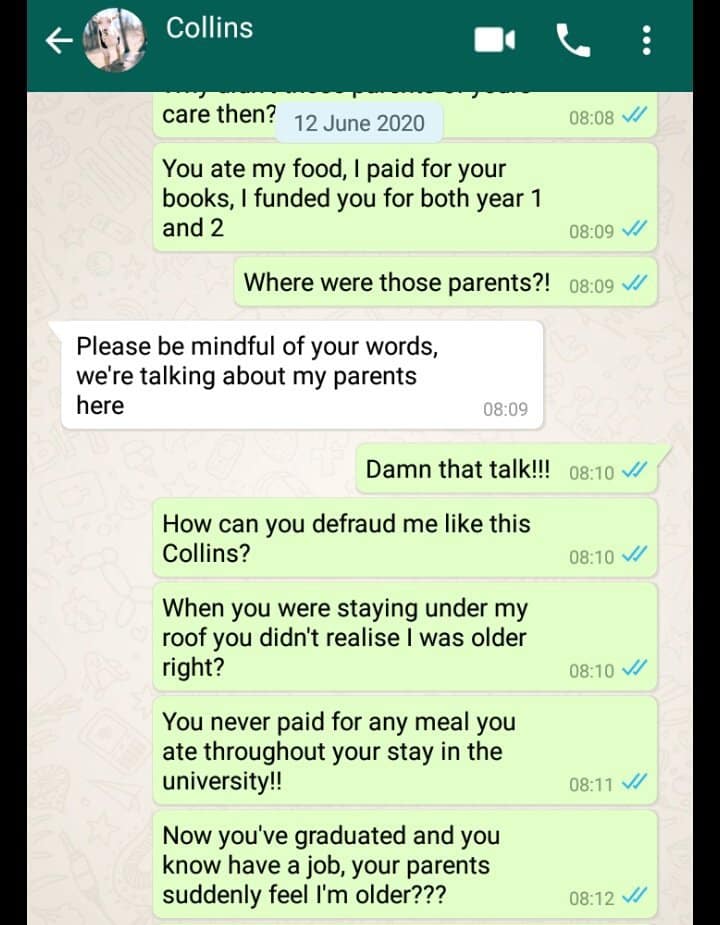 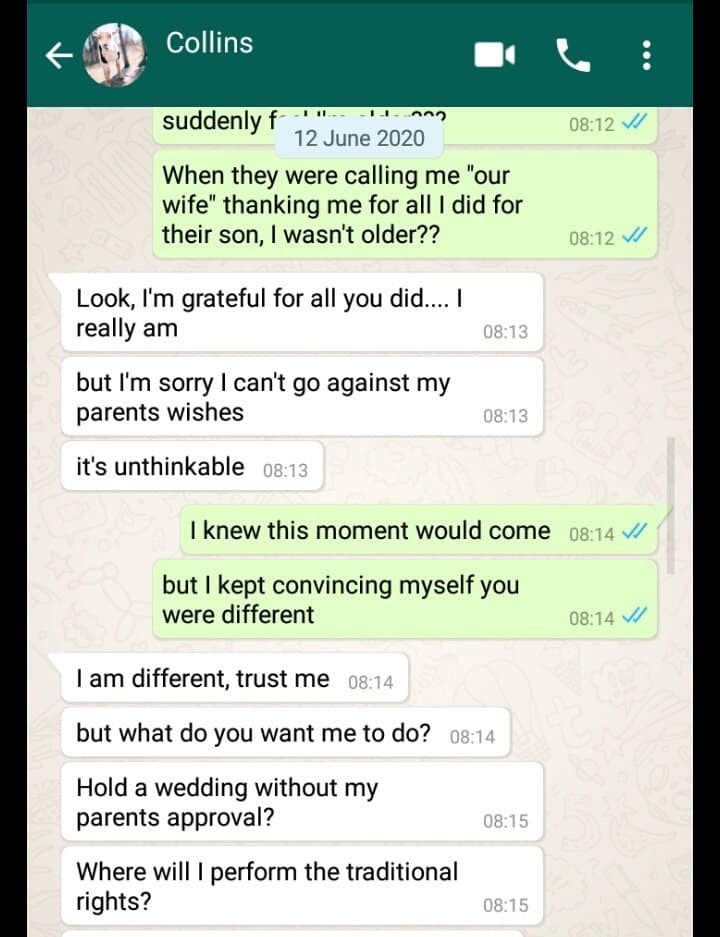 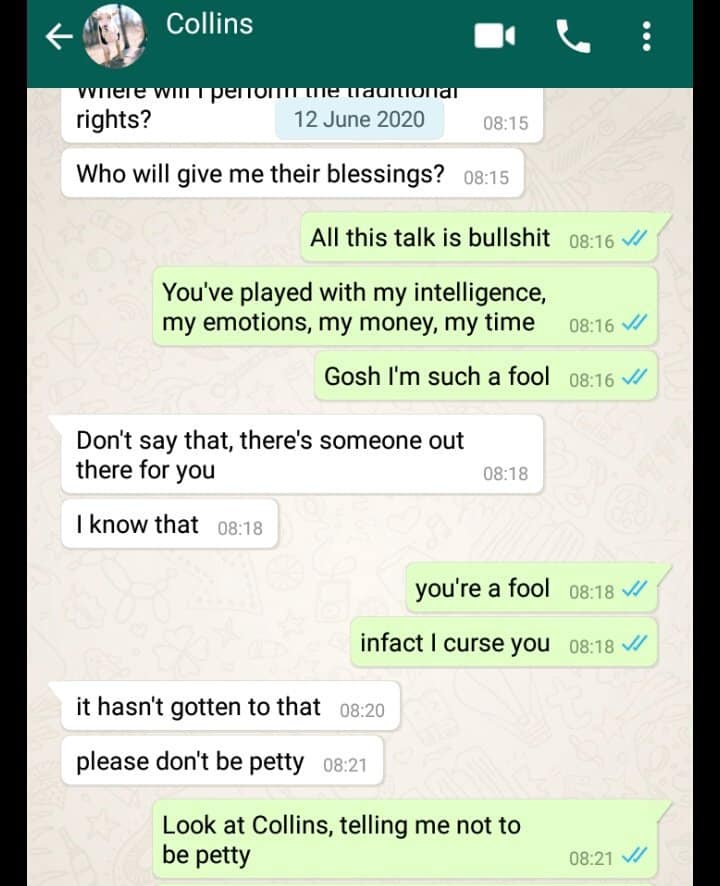 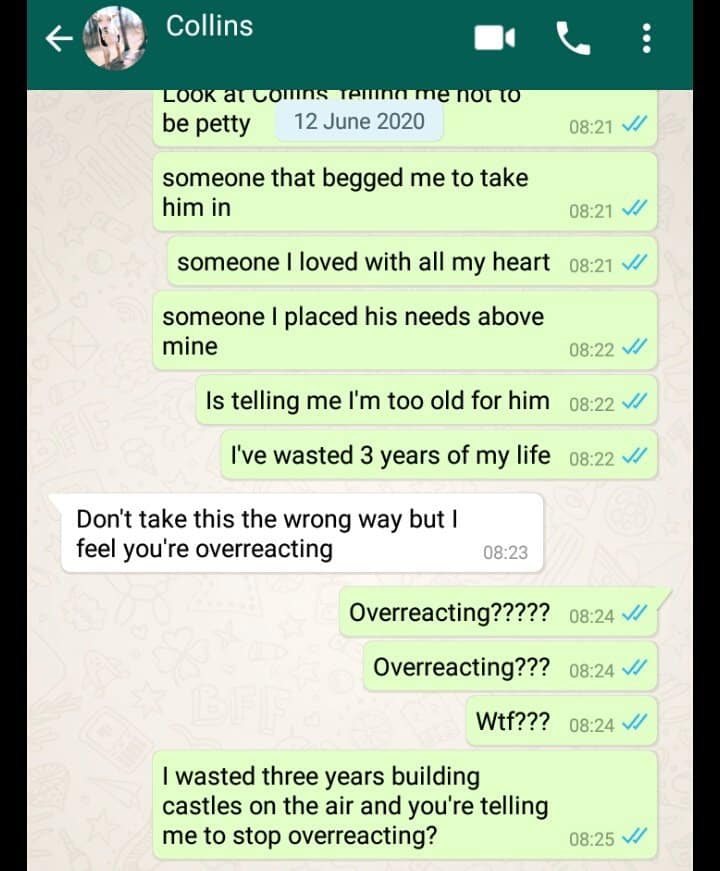 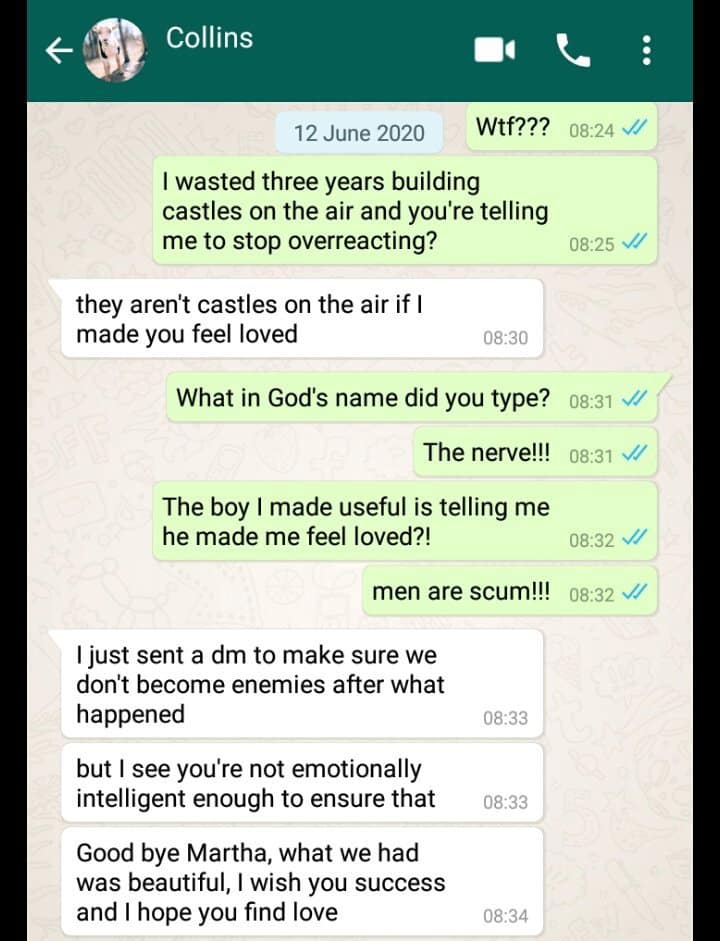