Erling Haaland’s future has been the subject of constant speculation since he burst onto the scene for Red Bull Salzburg last season. 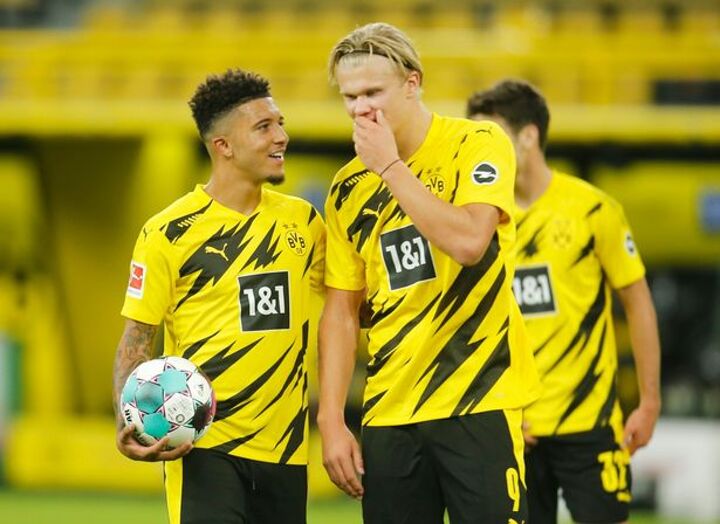 After becoming the subject of a frantic transfer race, he opted to join Borussia Dortmund last January.

Haaland hit the ground running to continue his prolific form, leading to ongoing speculation he could again be on the move to join a bigger club in the future.

When speculation over his future first started, Haaland was honest about his dreams – to play for the world’s top clubs and one day play in the Premier League.

“I have dreamed of playing for the best clubs in the world my whole life, and I especially like English football,” the youngster told TV2 last September.

His father re-iterated that point, stating: “I think most players dream of being in the Premier League at one time or another.

“It’s the league that gets the most attention around, and it has very good quality teams. There is no doubt the Premier League is attractive to him.”

Now, Alf-Inge has offered a fresh insight into the thoughts of his son – and suggested his dreams remain unchanged in the long run despite his current full focus on life at Dortmund.

“When you play well, it’s only logical that big clubs knock on your door, but we’re talking about speculation here,” he told SPORT1 .

“At the moment it’s not in Erling’s or my head that another club will be vying for him. 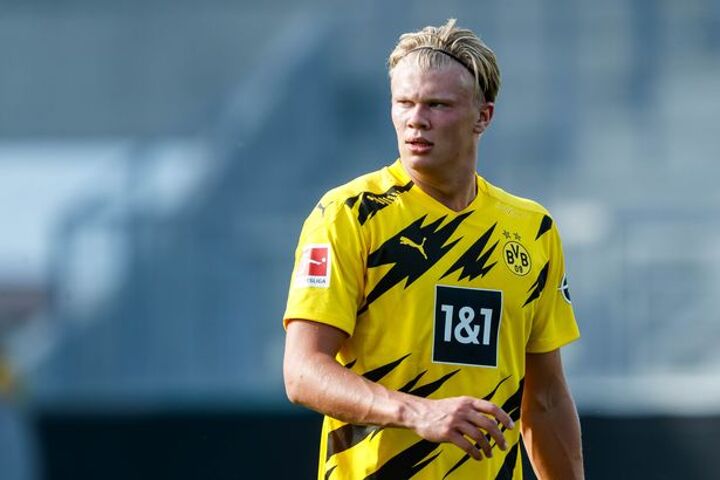 “We signed a long contract with Dortmund and they have a fantastic team for Erling right inow. We don’t want to look any further ahead.

“You never know what will happen. We haven’t talked about such a step yet. I think he would like to win some trophies with Dortmund. That is his goal.

“Erling can still achieve a lot in Germany and make great progress. Moving abroad is not a priority for us.

“I sometimes think he wants to and can assert himself in any league. At the moment, he is happy in the Bundesliga and focused on Dortmund.

“He just wants to be a better player and doesn’t look too far ahead.” 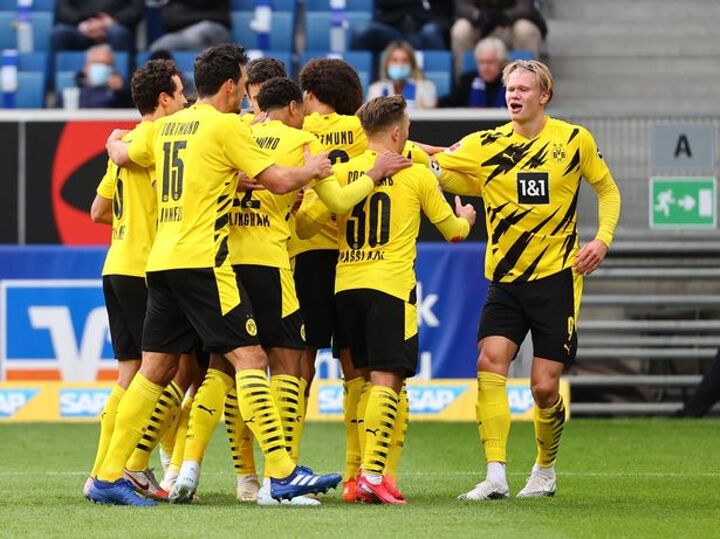 Whilst his dreams of playing for the biggest clubs and potentially heading to England are on hold, Alf-Inge did declare offer a positive assessment of Manchester United.

“The club is also trying to build something new there. But to draw this comparison now is not so easy because he is already playing in Dortmund.

“These are two very traditional clubs with a large fan base and a glorious history.

“We have to catch up to them. Erling wants to cling to this goal.”

Erling Haaland also spoke publicly of his admiration of Ole Gunnar Solskjaer, who handed him his senior debut as manager of Molde, last year.

He said: “He has had a huge impact on my life, both as a person and as a trainer.

“He won the Champions League and was an incredibly good player. He has taught me a lot.”

Whilst the Haaland camp are adamant Dortmund remains Erling’s only focus, it seems greater ambitions are still at the back of his mind with many hoping they will involve Manchester United.

“If NDC have collapsed the economy, fix it !”-Kennedy Agyapong tells Nana Addo,Bawumia(Video)