Home Viral How My Boyfriend Bought Me An Engagement Ring, Stole It And Broke...

A lady with the Twitter handle “@Miss_magnolia20” took to her page to Narrates How her ex-boyfriend Of 4 years used the most bizared excuse which he planned himself to end their relationship.

“I remember this guy I dated for almost 4 years. Dude proposed and we were engaged for about 6 months or so until one day my ring went missing. He made my life miserable for weeks because to him, I wasn’t serious about getting married. It wasn’t until we broke up weeks later that

I found out the guy stole the ring and that it was all part of a grand plan. I’m glad I can laugh about it now but mennnnnnn, life packs a punch when she wants to hit”.

see the screenshot below, 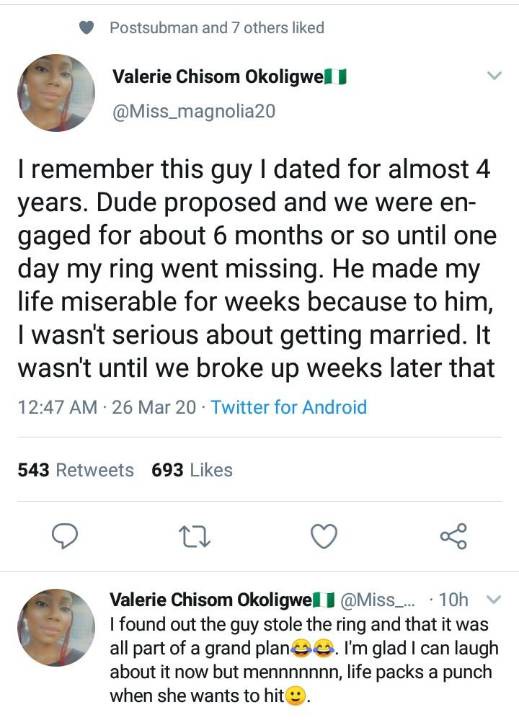 Read some of the comments below;

Man Shares Disgusting Photos Of An Apartment A Landlord Is Renting For GH¢ 5,165 Yearly