Juventus striker, Alvaro Morata  has admitted he “came close” to suffering from depression during his difficult 18 months stay at Chelsea football club of England.

He scored 24 goals in 72 games and left Chelsea for Atletico Madrid in January 2019 after being criticized for his style of play.

He now plays for Juventus and says more should be done to address mental health. 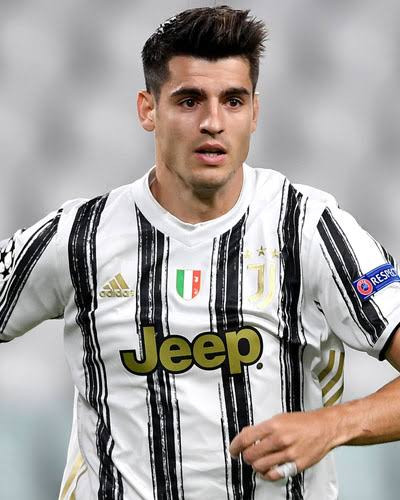 “I’ve never had depression and I hope I never do, but I came close,” Morata said in an interview with El Mundo.

“I don’t believe it is given the importance that it should.

“When your head doesn’t work well, you are your worst enemy. During those times, it doesn’t matter what you do, you are always fighting against yourself. Depression is an illness just like breaking your ankle.”

Morata says he began seeing a psychologist during his second season at Chelsea.

He says he would have been better if he asked for help sooner.

“Just as we train in the gym or on the pitch to improve our technique and our tactical abilities, I believe the mind is something you also have to train,” the 28-year-old said.

“You have to be ready and that [seeing a psychologist] helps you a lot.

“Even for my generation, in recent years, it wasn’t seen as something normal to see a psychologist – but inevitably, it has to be something normal. Today it is more common and there will be a day when it will be compulsory. There are people that go through difficult times.”Had I had a professional, close to me during my [first season] at Chelsea, I think it would have gone better for me.”

Morata has been a key figure for Juventus this Season, scoring 16 times in 34 games.