Nigerian Afrobeats crooner, Wizkid born Ayodeji Ibrahim Balogun has revealed that he made $100 Million from his collaboration with Beyonce.

According to him, Disney owes him the aforementioned amount after collaborating with Beyonce.

Beyoncé Giselle Knowles-Carter featured Wizkid in her Black Is King film with visuals of their song, Brown Skin Girl.

Following the release of the visuals which was announced by Beyonce earlier today.

Wizkid took to his Twitter page not quite long, to state that Disney owes him a whopping $100 million. 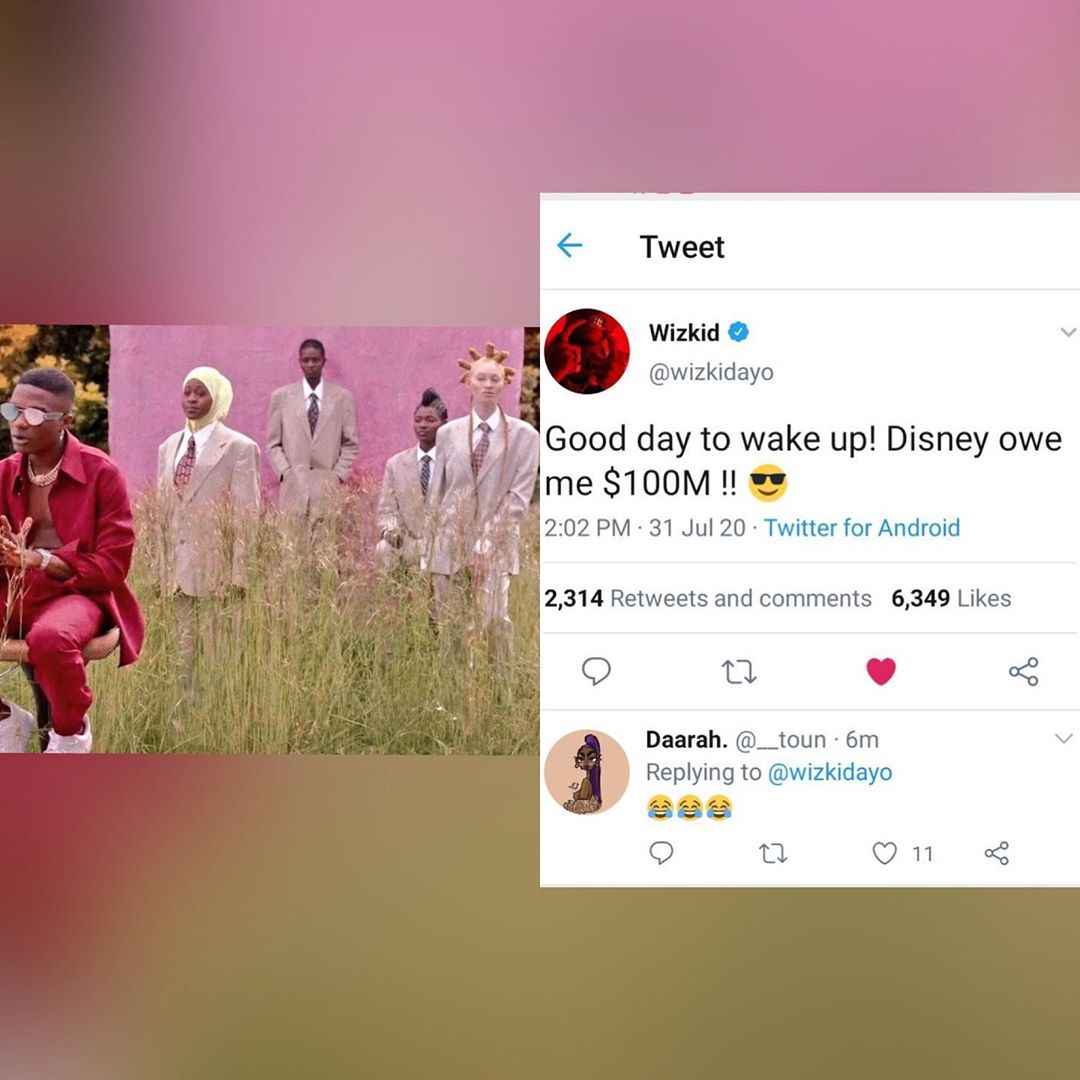 His revelation has got people saying that Shatta Wale could also make something close to this figure with his feature on Already song.

Black Is King is a 2020 musical film and visual album, directed, written and executive produced by American singer Beyoncé.

The film serves as a visual companion to the 2019 album The Lion King: The Gift, a tie-in album curated by Beyoncé for the 2019 remake of The Lion King.

Tic Talks About The Emergence Of The New Crop Of Musicians

I Want To Finger Fantana-Ex-Doe Says

Linda Bakiweyem - July 3, 2020 0
Nollywood Actress Tonto Dikeh took to Instagram to reveal that a man's past is of no consequence to her when falling in love. The mum-of-one...

I Have Witchcraft But… – Former Black Star Player Reveals

Daniel Owusu - July 9, 2020 1
Jordan Opoku who once wore the black Star jersey has given a shocking revealation about himself especially when he was at the peak of...

Linda Bakiweyem - August 7, 2020 0
Fella Makafui has reportedly given birth to a baby girl shortly after Medikal confirmed her pregnancy rumours in his music video dubbed  'odo' which...