Home Entertainment I never liked Rawlings and I will never like him – Ibrah...

Ibrah One has opined that the late Jerry John Rawlings has never been a president he admires despite his contribution to the nation and he will like him.

The socialite recently has turned into a prophet, dropping prophecies and revealing secrets about some Ghanaian celebrities even though he has not been given attention by Ghanaians.

In one of his latest revelations on his Instagram stories, he revealed that even before the sudden demise of JJ Rawlings, he never liked him, adding that he won’t pretend as if he likes him now that he is no more.

According to him, he is one of the few people the founder of the NDC who maltreated his father and that has left a scar in his heart which reminds him each time the name of the former president rings in his ears. 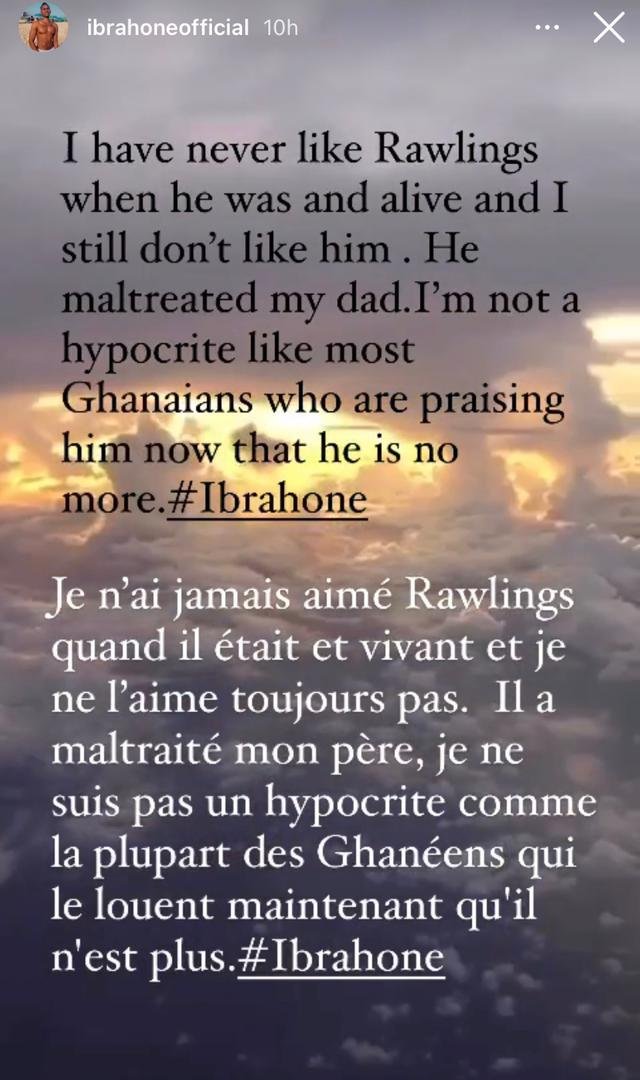 Any woman or young girl who gathers and wash her panties weekly is dirty and has a mental disorder – Counsellor Lutterodt states the...