Home Sports It would be a BIG mistake for Arsenal to sack Arteta- Pep...

Pep Guardiola has said it would be a ‘big mistake’ if Arsenal were to sack his former assistant Mikel Arteta as manager. 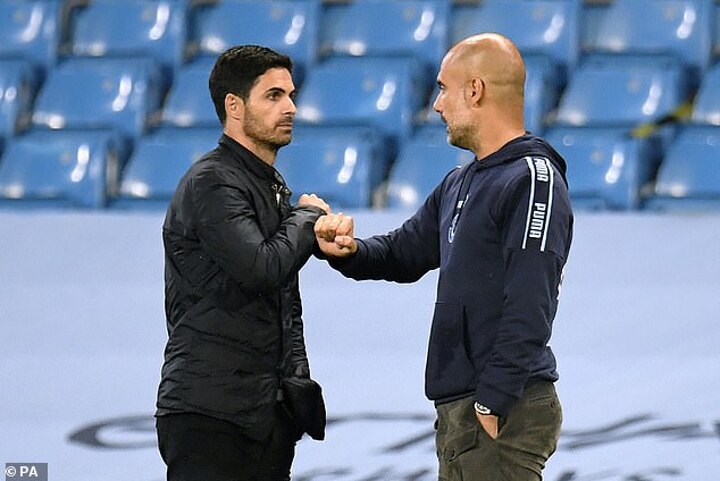 The Manchester City boss made the comments after his side knocked Arteta’s men out of the Carabao Cup quarter-finals with a convincing 4-1 victory at the Emirates.

Arsenal have endured their worst start to a league season in 46 years, but Guardiola thinks they would be wrong to sack Arteta at this point. 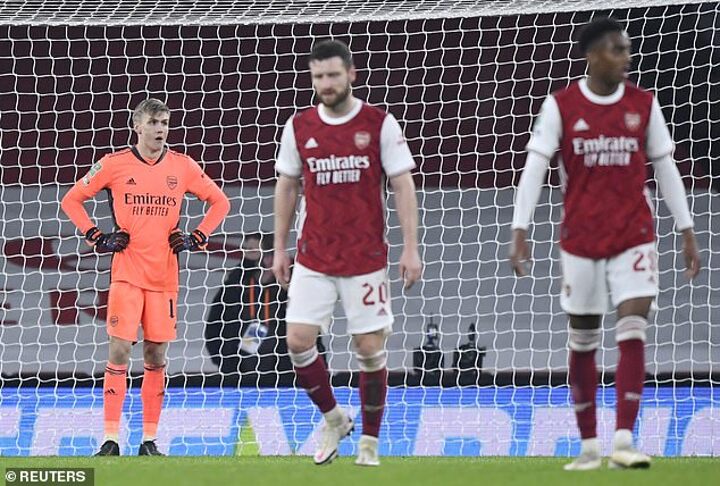 ‘They will do a huge, big mistake if they [sack Arteta],’ he told BBC Radio 5 Live. ‘I’m pretty sure they are going to trust him.

‘I understand that the analysts analyse the results. But I was with him many years and I know his incredible quality as a human being and especially as a manager, how he is involved in everything. It’s just a question of time and he will do well.

‘I’m not on the board. For me they will do a big mistake if they are thinking [to sack him].

‘They give him the confidence, they won two titles when for a long time ago it didn’t happen at this club.

‘In this pandemic situation, with injury problems they have and the games they played they always played good.

‘But unfortunately these games are our job and it depends on the results. But football changes in one week so quick. 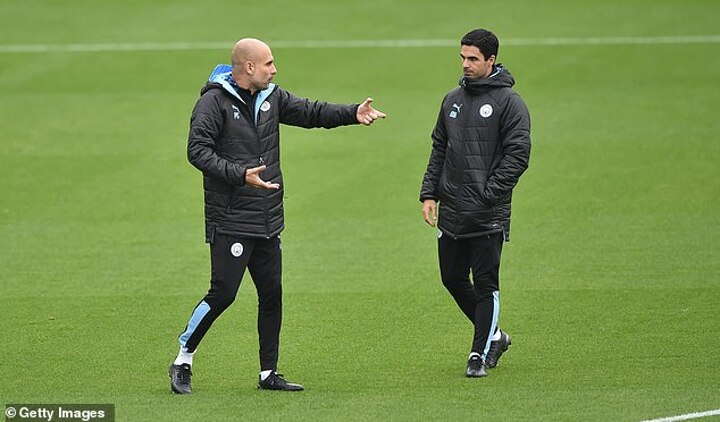 ‘I can speak about my experience alongside him, one of the most incredible successful teams in English history we had and he was part of this success and it would not be possible without him, and to create something like this you need time like I had in my first season.’

Tuesday’s Carabao Cup exit piled even more pressure on the Arsenal boss as his side were comprehensively taken apart by the competition holders.

Alexandre Lacazette restored parity with a stooping header from Gabriel Martinelli’s cross just past the half-hour mark, but the Gunners were then blown away.

Runarsson in particular had an evening to forget as he deputised for Bernd Leno, letting a Riyad Mahrez free-kick escape his grasp for City to go back in front again.

Phil Foden netted a delightful chip before Aymeric Laporte turned in a cross from the young midfielder to complete the rout.

Arsenal find themselves in 15th place in the Premier League, just four points above the drop-zone.