Jurgen Klopp hit out at the Premier League schedule once again but refused to blame the fixture list for Liverpool’s shock 2-0 defeat to Atalanta on Wednesday. 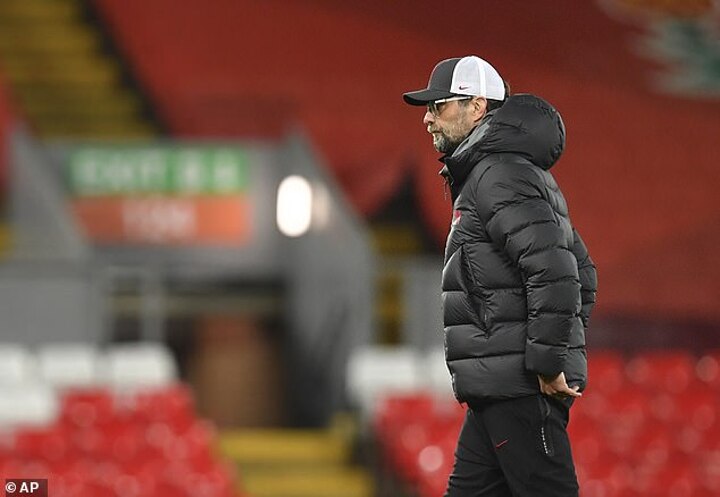 The Reds blew the chance to qualify for the Champions League knockout stages with two games to spare as goals from Josip Ilicic and Robin Gosens gave the Italian side a 2-0 win at Anfield.

It was Liverpool’s first home loss in a 90-minute match since September 2018, with the Premier League champions failing to register a shot on target against the Atalanta goal. 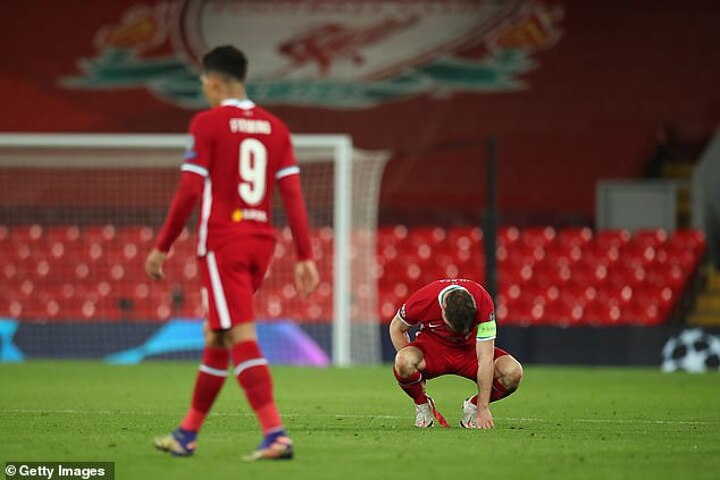 Klopp, whose Liverpool side travel to Brighton in the 12.30 pm kick-off on Saturday, claimed his side lacked the intensity as they embark on a heavy fixture list between now and Christmas.

He told BT Sport after the Atalanta game: ‘I’m afraid to say but I think it (running out of steam) could happen not only to us but to other teams as well.

“You (BT Sport) my special friends ask us to go on Saturday at 12.30pm which is nearly a crime to be honest. It has nothing to do with the game tonight but congratulations for that.

“My only interest in the moment is that I get a thumbs up, nobody injured, let’s recover immediately. We take it. 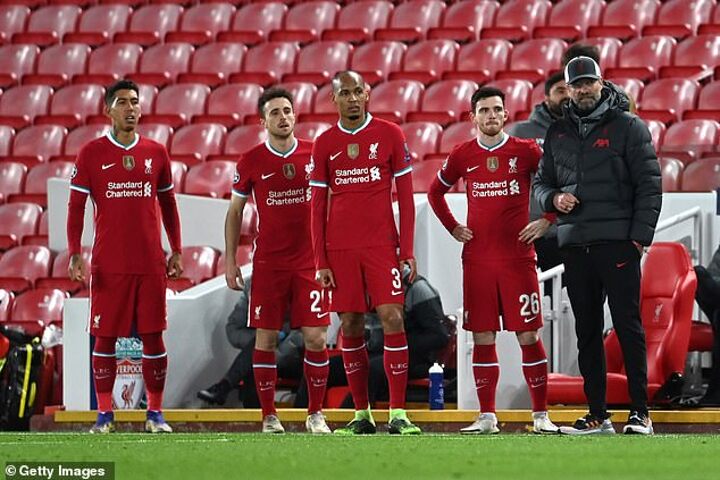 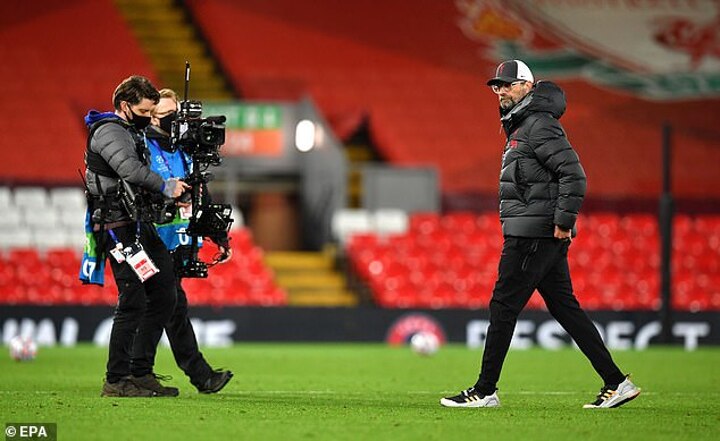 “The boys are completely disappointed, frustrated, really, but we don’t have time for it to be honest. It’s just get fresh legs as quick as possible and go again, that’s it.”

Despite the short amount of time between matches this season, Liverpool have begun the season well and sit joint-top of the Premier League table – but a lengthy injury list has threatened to damage their campaign.

With the likes of Virgil van Dijk, Joe Gomez and Thiago Alcantara out with long-term issues, Klopp rested the likes of Roberto Firmino, Andy Robertson and Diogo Jota from the starting line-up against Atalanta.

But Klopp claimed that the Champions League tie on Wednesday was so intense that his back-up players struggled to keep up with proceedings at Anfield. 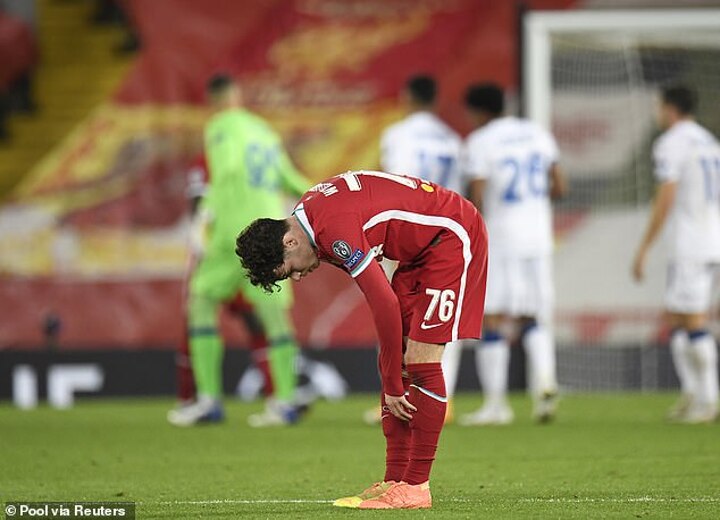 The German added: ‘Usually when the first half is done you’re settled a bit more but for some players who didn’t play for a while you could see it was very intense for them so we didn’t really find a way in the game to create.

‘I’m not surprised. It’s difficult to win a game (when you don’t have a shot on target.’

BT Sport pundit Rio Ferdinand did not have much sympathy for Klopp after he ranted about the fixture list after the Atalanta match. 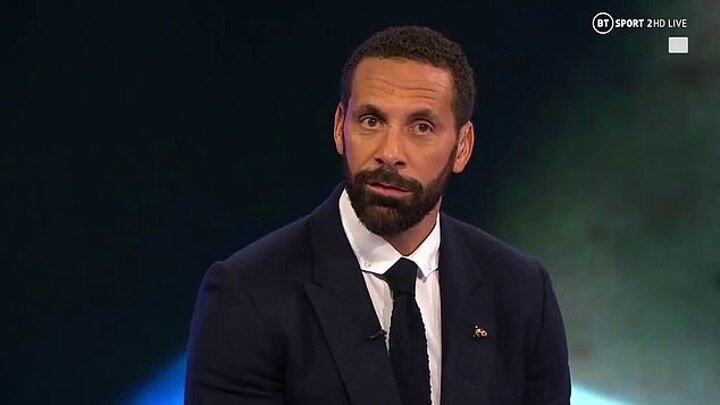 The former Manchester Untied defender argued: ‘Everyone’s in the same boat. It doesn’t make it right but when you look at the depth of his squad, they’re sitting in a better position than most.

‘With the schedule they’ve had of late and they’ve had a few injuries as well, it’s a challenge and you can understand the frustrations. He’s the loudest-speaking at the moment.’

Former Liverpool striker Peter Crouch added: ‘The clubs agreed to it (the fixture list) at the start of the season and we are in unprecedented circumstances.

‘Managers have complained about lots of games since the beginning of time. I remember Sir Alex Ferguson used to go on about international games a lot. It will always continue.’

Southampton 1-0 Arsenal: Gabriel scores own goal as team knocked out of FA Cup

Unknown man found dead in his car in Lagos (photos)

Is this love or stupidity! See the nasty thing a lady was caught doing...

Linda Brown-Yawson - January 23, 2021
People are No longer Mindful of what they post Online, things that are supposed to be Kept confidential is now being Exposed on the...

Linda Brown-Yawson - January 23, 2021
Reports indicate that part of the Reverend Ernest Bruce Methodist Church at Adabraka,a suburb in Accra has collapsed. The Church building reportedly caved in on...

Nana Yaw Asare - January 23, 2021
Former Black Stars John Paintsil has been caught up in a romantic moment with his is beautiful wife, Adjoa Broni in a new video. The...

Bulldog narrates how he was arrested in ‘Ramboo’ style

Daniel Owusu - January 23, 2021
Ghanaian artist manager and entertainment pundit, Bulldog has recounted how he was arrested in a swifty style which still bursts his mind. According to him...