Juventus manager Massimiliano Allegri has made an interesting comparison between his player Cristiano Ronaldo and former Barcelona striker Zlatan Ibrahimovic.

Cristiano Ronaldo has been likened to Zlatan Ibrahimovic by Massimiliano Allegri, who praised the former Real Madrid star.

Ronaldo has won several trophies from Manchester United, Real Madrid and Juventus where he recently joined.

He has won personal laurels including 5 times five-time Ballon d’Or winner and many more.

At Real Madrid he won most of his trophies with three  Champions League titles two La Liga trophies among other achievements. 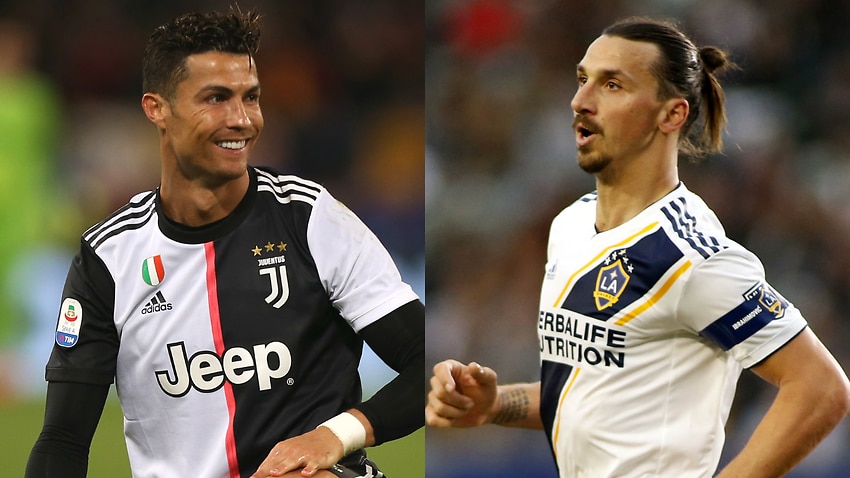 Just this season he has scored 21 Serie A goals and 28 in all competitions for Juventus as head coach Allegri compared the Juventus star to Ibrahimovic – who he worked with at AC Milan.

In a media report sighted by Browngh.com, the Juventus head Coach said, “In terms of mentality, he is stronger than anyone else. Every day he finds personal objectives to hit and he can find them within himself,” said Allegri, who won the 2011 Scudetto with Milan before joining Juve in 2014. “A player who has won everything he has at the age of 34 will find it difficult to feel hungry, but he is deadly in that sense. He has this determination that is incredible.

“We should all learn from Ronaldo, and I too have learned, because it’s not everyone who gets to work with the best player in the world. For example, on Saturday morning we have a game between ranks in training. He has fun, but his fun is winning the game.

“I explained it to him, and I’ve written the same about Ibra in the book, his idea of fun is winning, but I told him not everyone is like that and for some there’s fun in a back-heel flick, a cheeky move, etc. And then later you bring that into the match situation. I had Ibra at Milan, who every day would get angry about a misplaced pass and I told him that if everyone was as talented as him, there would be no problems.

ALSO READ  Meanest comments ever made (by celebs!) about the Kardashians

“I told him he was the one who had to put himself at the disposal of the others, just as the best and most talented must always do with his peers. It’s difficult for the others to climb up to that level, so you must have the humility to not make it difficult for whoever is below you. That’s true of life and not just in football, so in that sense Ronaldo is very good.”

Musicians In South Africa Will Go Hungry If Coronavirus Lockdown Goes On For More Than 3 Months – Rapper, Cassper Nyovest

T.B Joshua Gives New Date On The End Of Coronavirus

How My Boyfriend Bought Me An Engagement Ring, Stole It And Broke Up With...

Guy Proves That Coronavirus Is ‘666’ With Mysterious Calculation

You’re All Dumb And Stupid-Kennedy Agyapong Descends Heavily On His Workers On Net2...

I Need A Man That Is Strong And Can Rough Handle Me Very Well...

ABOUT US
BrownGH.com is a News website that delivers accurate, up-to-date and dependable news to millions of people in Ghana and Globally. We started operating as an entertainment and news website in January 2018 and has grown to become one of the most visited websites in Ghana in just a short span of time due to our commitment and consistency in reporting. Browngh.com is one of the best news delivery sites in Africa. We are not perfect and always open for constructive criticisms to serve our cherished readers and Advertisers better.
Contact us: [email protected]
FOLLOW US
© BrownGH.Com 2018-2020