Management of the Korle-Bu Teaching has revealed its intension to undertake mass burial of unclaimed bodies and unidentified bodies in its possession in the next two weeks.

This was made known in a statement released by the Authorities of the Korle-Bu Teaching Hospital signed by its Public Relations Officer Mustapha Salifu.

The statement reads that; “the move is to de-congest the facility which is currently beyond its carrying capacity.”

Read the full statement below: 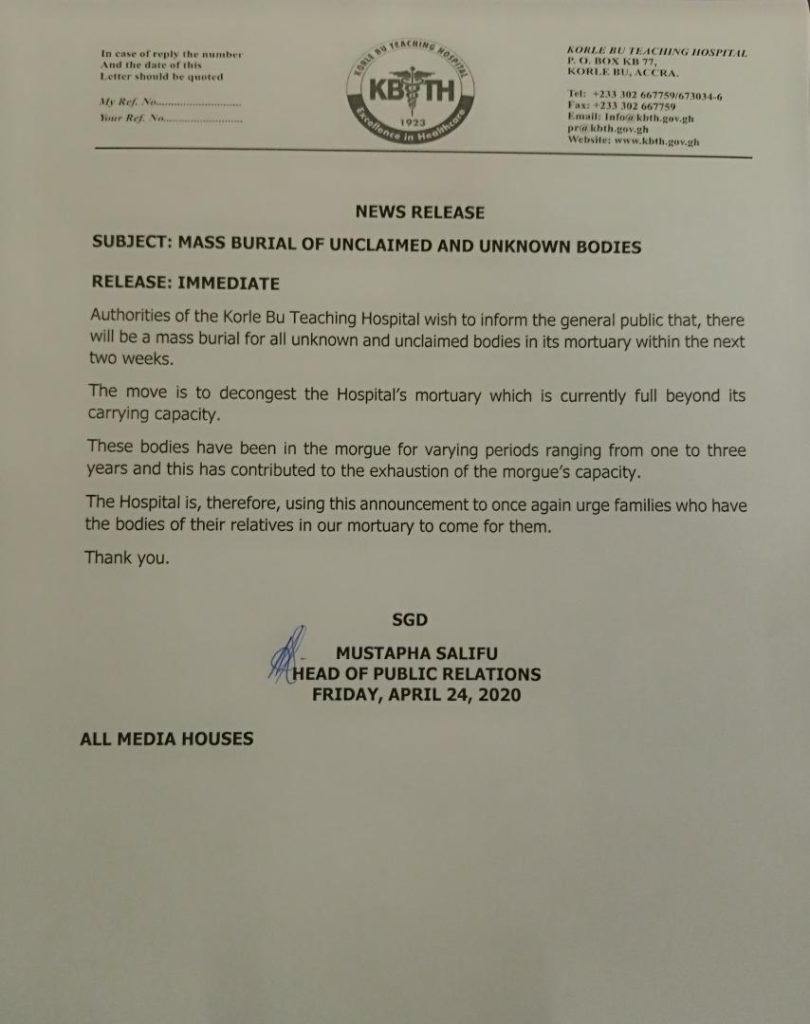 My Wife, Daughter & Cousin Have All Recovered From Coronavirus – Kennedy Agyapong

Female Student Killed For Refusing To Be Raped In Ibadan

My Successor Will Have Huge Problems – Kennedy Agyapong

Close Down Prostitutes’ Bases; ‘We Need To Suspend Dating And Fornication’ Till Coronavirus Is Over – Queen Mother

Just In: Sprinter Bus Crush Into Phone Shop At Circle(Video)