A man has gone viral, following his unexpected and dramatic expression of extreme excitement after ending his marriage to his partner.

The unidentified man used the most unusual medium to announce his divorce from his wife and that was the back windscreen of a car.

In some photos which surfaced online, the excited man is seen standing next to a Polo vehicle with the inscription ”just divorced’‘ written boldly on the back and side window of the vehicle. 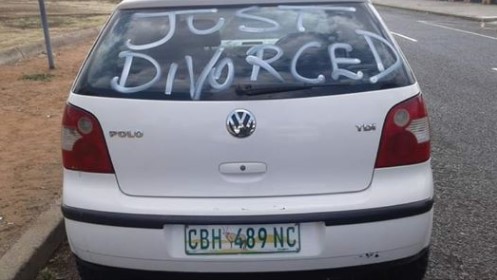 Based on investigations, he he successfully ended his union at a South African high court. R

He posed for a series of pictures as he flaunted the wedding ring which he would no longer be wearing due to his divorce. 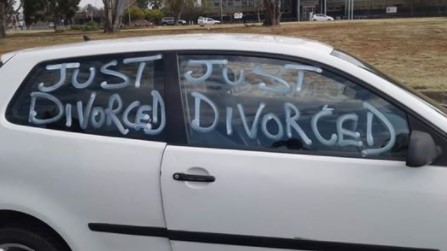 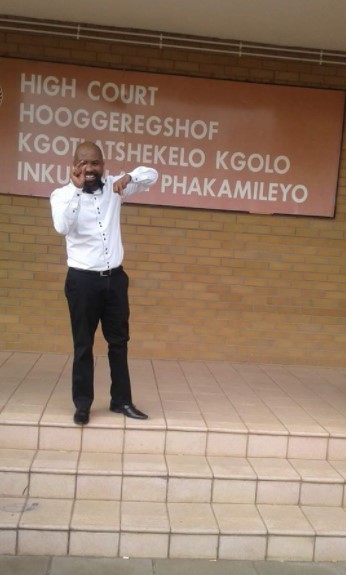 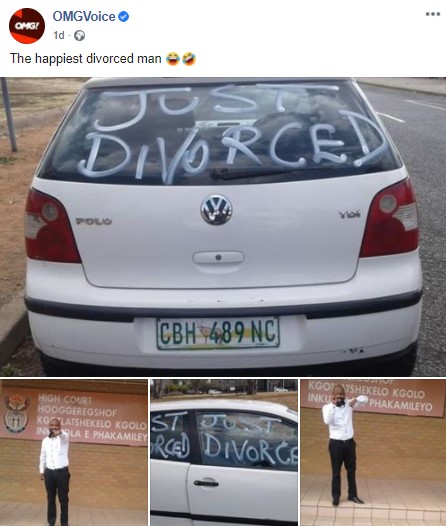 Regina Daniel’s husband, Ned Nwoko brags of how handsome he was when he was little (video)

Was This A Game, She Did This To Me After Our First Date – Heartbroken Guy Writes

“You were being insensitive” – Man shares chat with lover who broke up with him after he lost his leg while trying to protect...