Home Viral Man discovers that he’s his girlfriend of 4 years side dude after...

A heartbroken man took to Twitter to recount how he discovered that he’s his girlfriend’s side dude.

The Twitter user, who claims he’s dated the girl for 4 years and paid her rent for 3 out of those years, said he caught her kissing another man.

Rather than express remorse, she sent him a message that made it clear he’s not her main man.

He tweeted: “Dated this girl for 4 years, paid her rent for 3 years. Yesterday I went to the house and caught her kissing another guy, I became angry and left. This morning she sent me the guy’s number and said I should call him and tell him there’s nothing between us.” 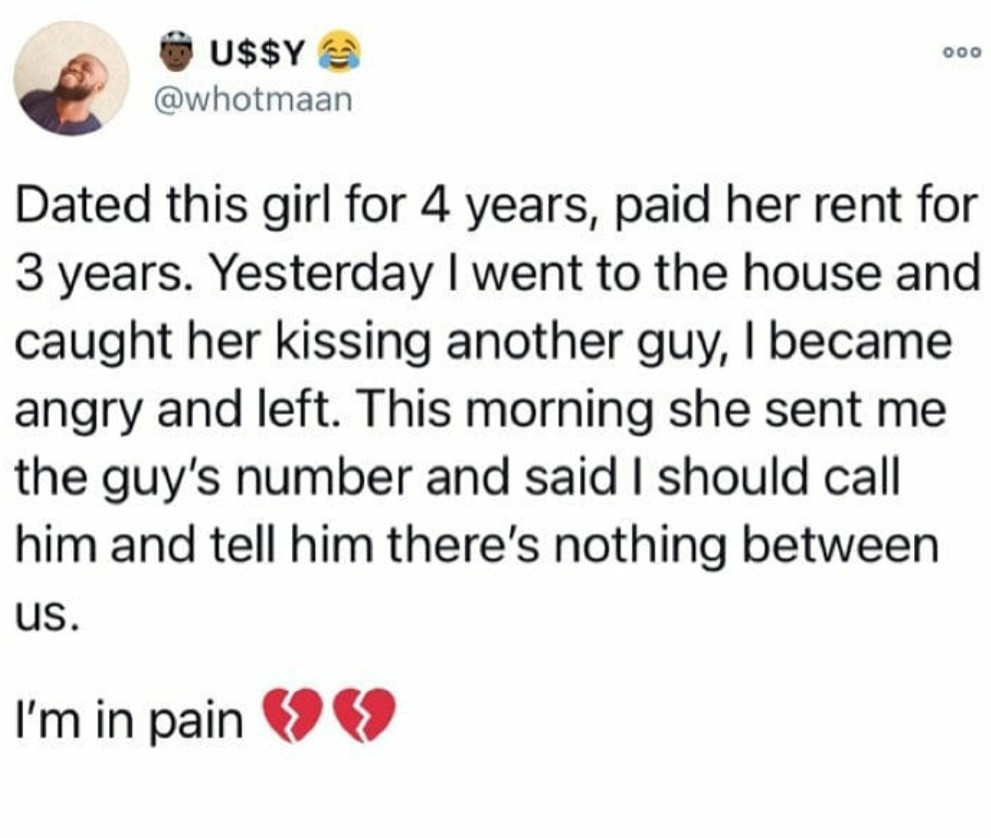