The Spanish goalkeeper, 30, and his partner took to their respective Instagram accounts on Friday to post a similar picture of the baby’s hand along with a caption which read: “Yanay 4•3•21.” 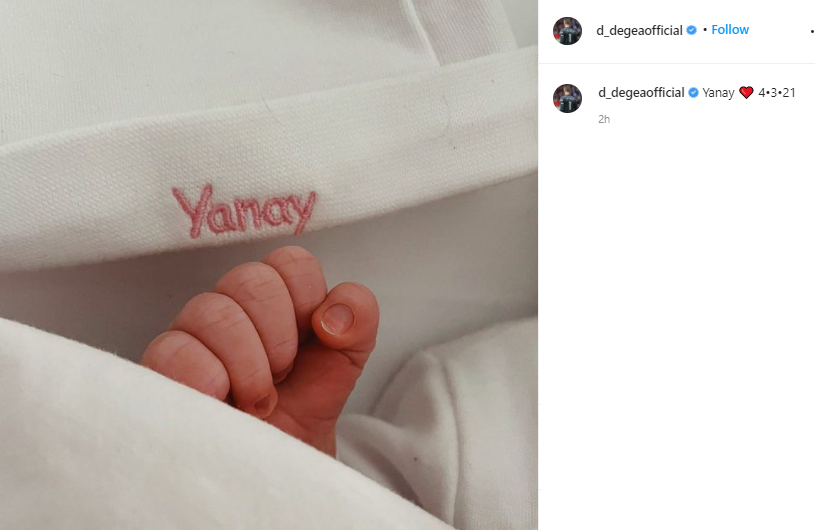 De Gea missed Manchester United’s goalless draw away at Crystal Palace in midweek ahead of the birth of his child on Thursday March 4, and could miss the rest of United’s matches this month.