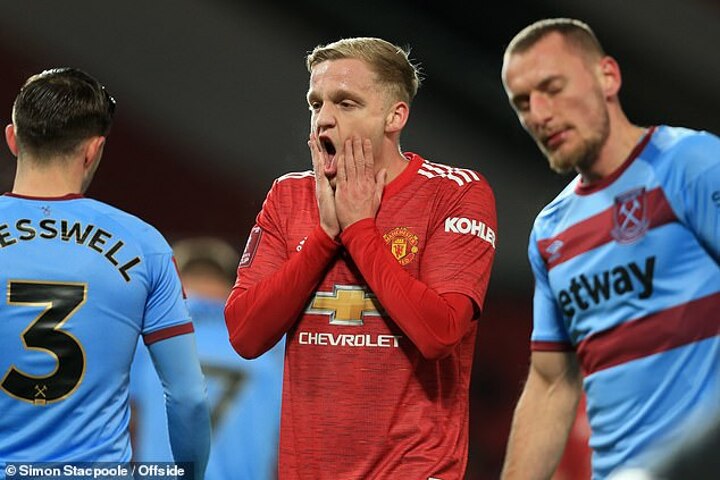 The £40million arrival from Ajax was handed just his eleventh start of the campaign as United toiled on Tuesday night, needing extra time to seal a 1-0 victory against West Ham in the FA Cup fifth round.

The Dutchman has struggled to make an impact this season with just one goal and one assist from his 25 appearances, and was once again ineffective against David Moyes’ men before being replaced by Bruno Fernandes on 73 minutes at Old Trafford. 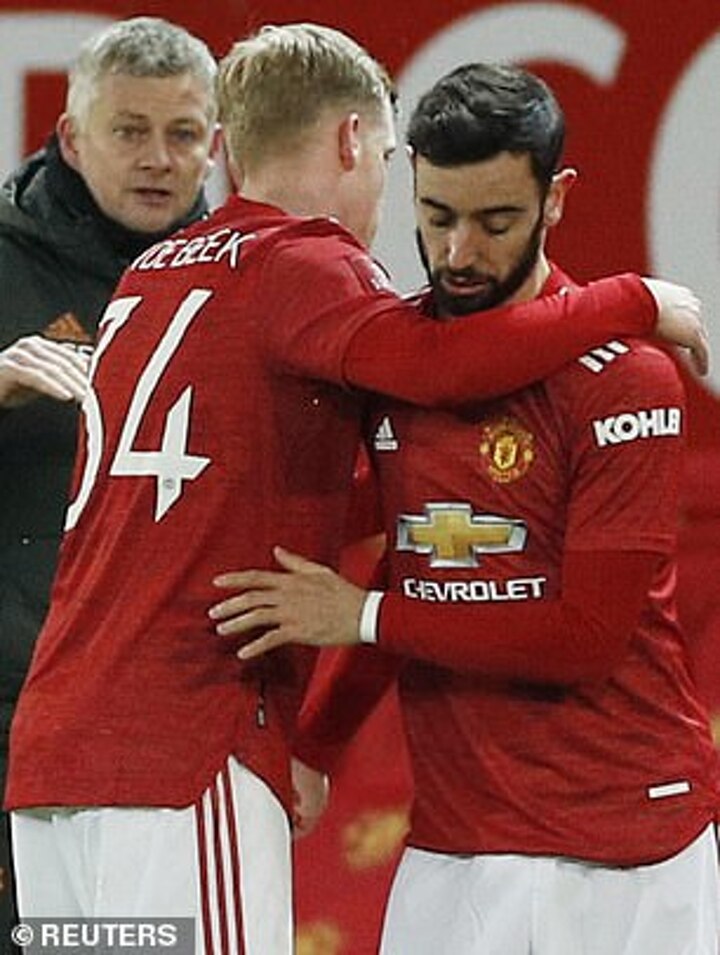 And former striker Hughes, speaking on talkSPORT, said: ‘You just sense… it looks like they don’t trust him with the ball yet.

‘When the likes of Fred and Matic look up and they see Rashford, they see Martial, they see Greenwood, who is still a young player but has great talent, it’s like they defer to them, their first thought is to pass to them.

‘Van de Beek, I haven’t seen a great deal of movement, I haven’t seen little movements to get in pockets of space, even though you suspect that’s the player he is and those are the areas he wants to work in.

‘He’s been disappointing again. He’s playing for Manchester United, a huge club, he’s got to show more than he’s showing at the moment.’

It comes after Jermaine Jenas claimed that van de Beek is ‘playing with fear’ and without any rhythm. 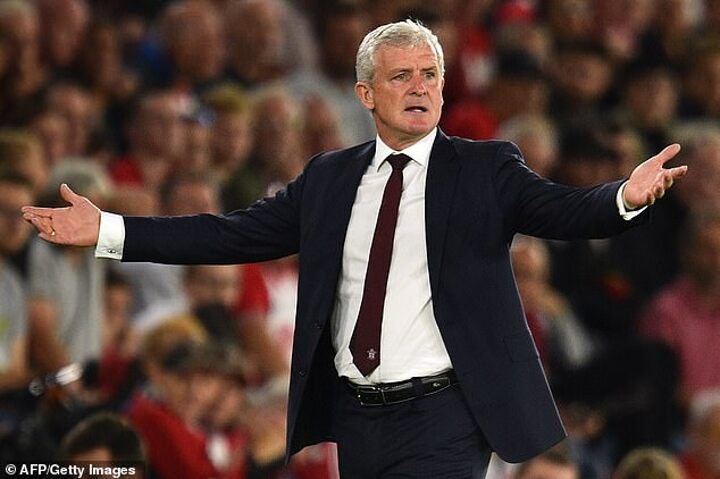 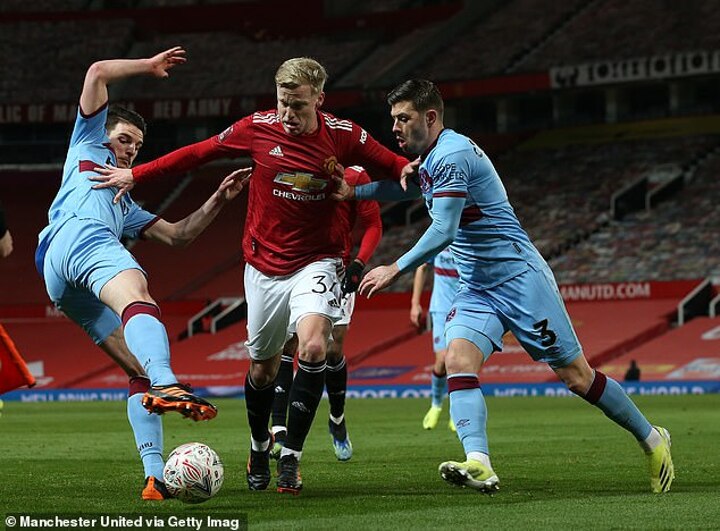 But speaking on commentary for BBC Sport, Jenas sympathised with Van de Beek, 23, and believes he needs to play more regularly to start delivering better performances.

‘That look on his face there I’ve just seen sums up unfortunately the way he’s playing at the moment with a bit of fear and a lack of rhythm,’ Jenas said, as van de Beek was replaced by midfield star Fernandes.

‘I honestly don’t think it’s his fault. He’s out there being professional, doing everything he possibly can.

‘But when you don’t have that run of games in your system or belief that you can go out there and afford to make mistakes you don’t show the full version of who you are, and that creative streak which got him to the football club in the first place.’