A motorcycle rider’s scalp was torn open and his face disfigured after he was allegedly brutalized by men of the Ejigbo police station.

Twitter user @Que_Balo who shared the video online, said the man was attacked because he refused to give his motorcycle to the officers.

”forget about magu || paystack || Liverpool || church of Satan|| …. see what Orilowo Ejigbo policemen did to this man bcos he refused to give up his bike to them”

He, however, did not state when this happened.

The Police Complaint Response Unit has responded to the video saying an investigation has already commenced. 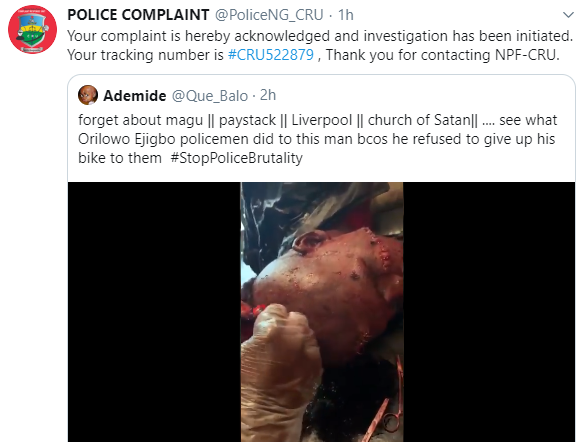 Graphic: Man's scalp is torn open and his face disfigured after Ejigbo policemen allegedly brutalized him for refusing to give up his bike. . The Police Complaint Response Unit has responded saying an investigation has already commenced.