An 11-year-old boy, Chinonso Eche has become the youngest African footballer to set a Guinness World Record for the most consecutive football touches in one minute.

Chinonso Eche who hails from Warri, Delta State was fished out after he was able to complete 101 touches while supporting another ball on his head.

Eche speaking to BBC, said he loves to freestyle because he believes he has the gift and does it to entertain his friends in school, adding that he prides himself as the best football freestyler in Warri. 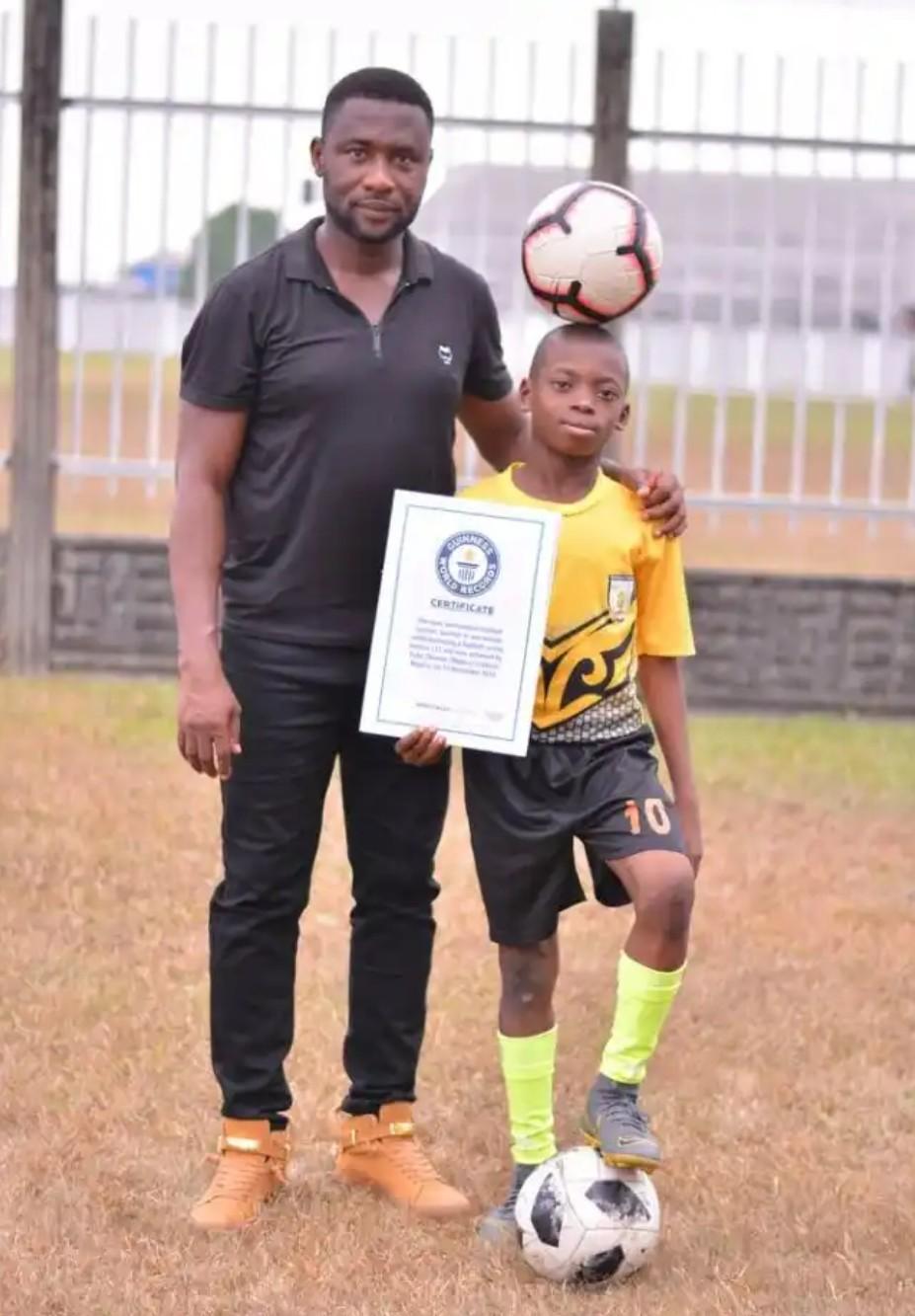 “My dad showed me videos of Messi, Ronaldinho and Okocha and I started practising,” Eche said.

He also hopes to play for Super eagles and Clubs like Barcelona, Chelsea and Real Madrid.

“I will like to play for bigger clubs like Barcelona, Real Madrid, Chelsea and Super Eagles,” he told BBC Africa.

Eche said he wakes up every day at 4:30 am to practice his football skills before preparing to go to school.