Home General Men Are Dangerous! This Is What A Married Woman Found On Her...

A married woman whose name is identified as Vanessa Emeka Igwe has taken to a social media group page to share what she discovered on her husband’s telephone. 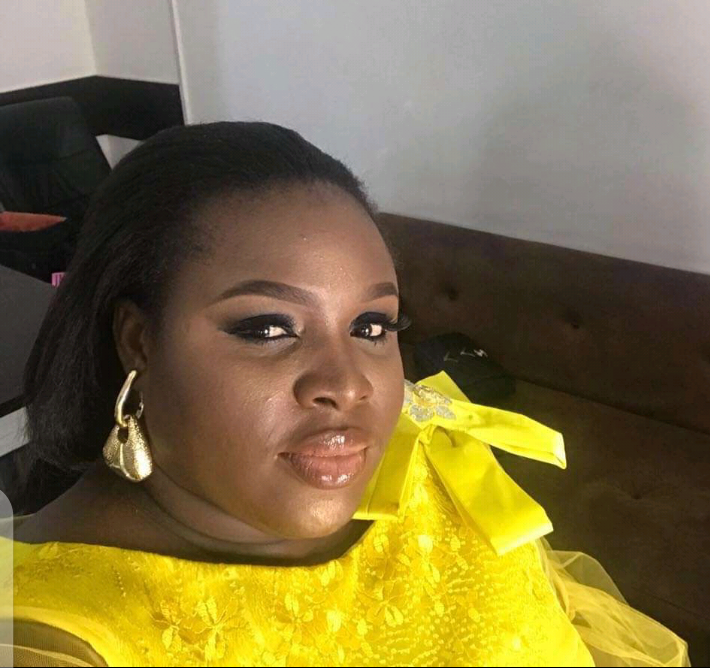 According to the woman, She was checking her husband’s telephone and she found that he had saved the 4 digits pin of her ATM card on his phone.

He had once gone to the ATM to withdraw my last money without letting me know until I contacted my financial institution. She added.

She said she was heartbroken when she found out and they had a very big quarrel when she confronted him. She told him she will get him arrested if he tries it again because it’s a criminal act.regarding it.

READ  Pregnant Woman Shares Shocking Chat Between Her Husband And His Gay Lover Who Sent Him His D!ck Photo 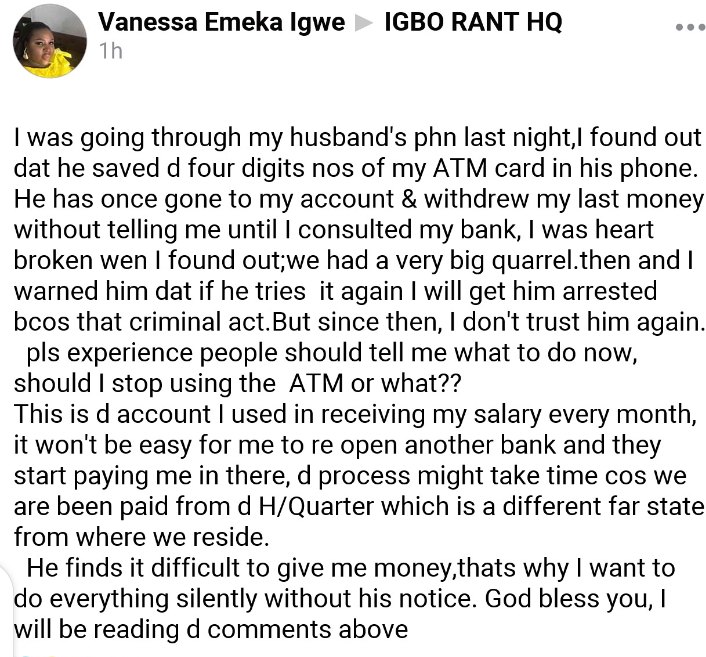 Young Lady Found Dead In Cold Blood In A Middle Of A Road After Video Of Her Twerking For Alleged Sakawa Boys Pops Up...

#BBNaija: Erica And Kiddwaya Spotted Kissing Hours After She Called Off Their ‘Relationship’ (Video)

Samuel Siaw - July 8, 2020 0
Popular Ghanaian television presenter and journalist Serwaa Amihere has shut down Efya and Sister Derby in their attempt to defend Akuapem Poloo over her...

Isaac Brown-Yawson - July 13, 2020 0
The U.S Triple Crown this year seems to be in its best phase this year. There are new sets of three-year-old horses that will...

Isaac Brown-Yawson - August 3, 2020 0
WWE twins and reality stars, Brie and Nikki Bella, who both announced they were pregnant in January, gave birth this weekend a day apart. The...

Ladies,Here Are 3 Ways To Make Him Commit To Only You

Isaac Brown-Yawson - July 4, 2020 0
There is nothing hard that women face like making the men they are in love with commit fully to them. The task is not...

Linda Bakiweyem - July 23, 2020 0
Thirteen reverend sisters who all worked and lived together at a Michigan convent have died from Coronavirus, with twelve sisters passing in the span of...