Three Nigerian men namely; Mathew Idosu, John Feyisetan, and Samuel Adebola have been arrested by the police in Ogun for the possession of fresh human hands.

The spokesperson of the Ogun State Police Command, Abimbola Oyeyemi stated that the three friends who are believed to be ritualists met a herbalist named Michael Itomu to aid them in making quick money. The herbalist requested for fresh human hands to sacrifice for them.

The three found it difficult to get the human hand until Mathew suggested a friend of his at Abeokuta who could be of help.

Confusion set in as they were unable to gather the N1,000,000m when the friend in Abeokuta brought the human hands for them. The ”fresh hand providers” took Matthew’s accomplices, John and Samuel, to the bush where they beat them blue, black before releasing them.

Upon their suspicion that Mathew could have had a hand in their beatings, decided to retaliate and them their secret was filtered out to the neighbors who informed the police which led to their immediate arrest.

“Upon the information, the DPO, Idiroko Division, CSP Opebiyi Sunday, detailed his detectives, in collaboration with men of the So-Safe Corps, to ambush the suspects, an effort that led to the arrest of the three friends at Owode-Yewa and, eventually, the herbalist in the early hour of Tuesday, May 19, 2020.

Preliminary investigation revealed that it was Mathew Idosu who contacted a family friend of his in Abeokuta, who provided the hand alongside two others who are now at large. On delivering the hand, they demanded for the agreed one million naira but the money was not readily available, this led to a serious scuffle between them and they angrily took away the duo of Samuel Adegbola and John Feyisetan to a bush where they thoroughly beat them before they were released on 17th of May 2020.

It was the action of those who supplied the hand that made the whole secret to be leak, which eventually led to their arrest.

The fresh human hand has been taken to Idiroko General Hospital for preservation” the spokesperson said. 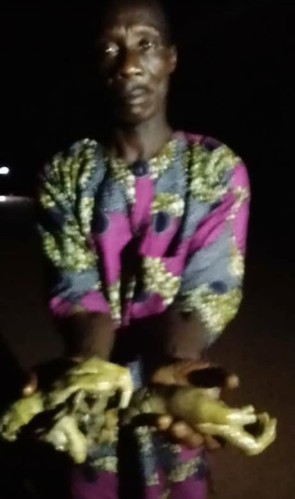 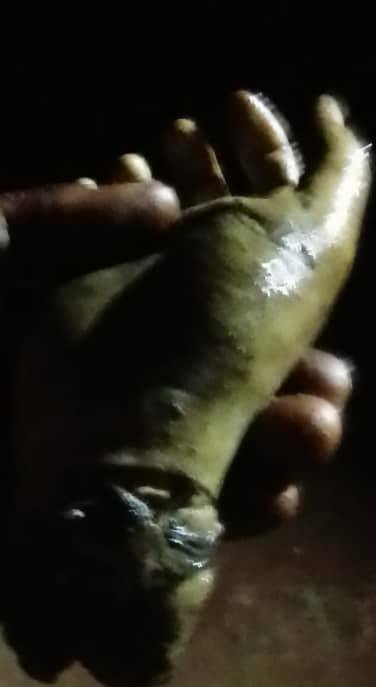 Mother And Baby Physically Abused By SARS Officers In Ibadan(Video)