Lionel Messi is expected to make his Paris Saint-Germain debut in the club’s Ligue 1 fixture away at Reims on August 29. 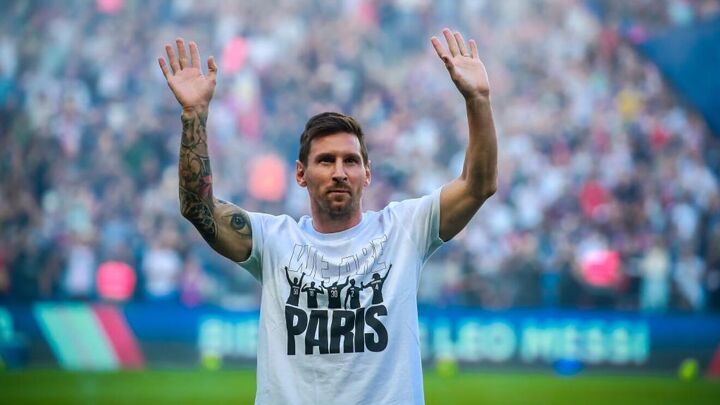 Messi is in the process of getting back up to speed in training following his arrival at PSG last Tuesday, having not had a full pre-season due to his participation in the Copa America and subsequent departure from Barcelona.

The 34-year-old is also settling into life off the pitch as well, as he looks with his family to find a suitable home, and is therefore not set to feature in his side’s next match away at Brest on Friday evening.

However, Messi is set to make his debut in the following match, and that appearance could come in the second half.

That fixture is followed by the start of the international break, and Messi faces three crucial fixtures in Argentina’s World Cup Qualification campaign for Qatar 2022, against Venezuela, Brazil and Bolivia respectively.

“My family survived, but you and your family may burn to death” – Beverly Afaglo to people mocking her

#BBNaija: Some housemates caught on camera making love under the sheet (Video)

Italian football legend, Antonio Cassano has launched another scathing attack on Cristiano Ronaldo by claiming that the Portuguese star is not even in...

Gary Neville has called out the efforts of Manchester United stars Cristiano Ronaldo and Bruno Fernandes while considering where Ole Gunnar Solskjaer's side have been going wrong this season. The former...

Manchester United manager Ole Gunnar Solskjaer has come under renewed fire from supporters and the media following a disappointing start to the...

UEFA have ruled English football’s governing body will face a two game stadium ban, one of which Is suspended, and a 100,000...

Antonio Conte could snub an offer from Newcastle in order to stay available for a potential Manchester United move with pressure building...

Footballer investigated after appearing to celebrate goal for opponents (Video)

A footballer in Ukraine's second division was reportedly investigated after appearing to celebrate a goal scored against his team. Kremin Kremenchuk star Vitaliy Boyko...

#BBNaija: Some housemates caught on camera making love under the sheet (Video)