Ghanaian actress Moesha Boduong has caused an uproar yet again after she was spotted sitting on a special cushion at an event.

Moesha Boduong has been accused of having a special cushion she sits on after she reportedly underwent a butt lift.

In the photo sighted by browngh.com, Moesha Boduong was captured sitting on a black material believed to be a cushion which has triggered speculations that she is adjusting while sitting after her plastic surgery.

Moesha Boduong has been accused by Ghanaians of undergoing surgery to get her current stature and this trending photo of her seems to have validated that. 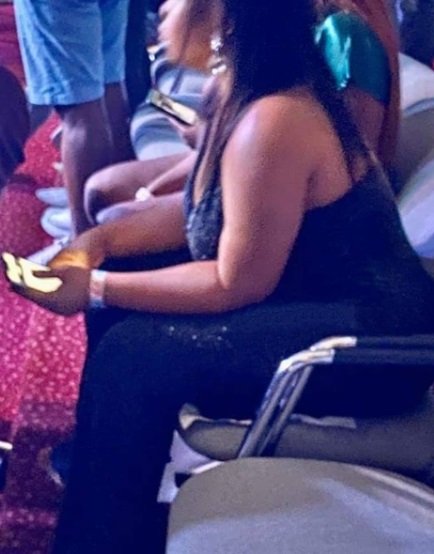 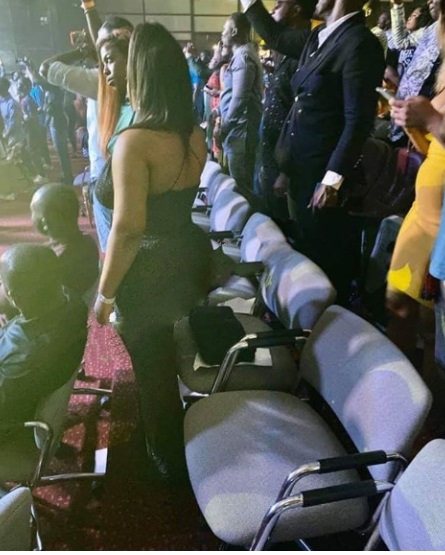 “Why Are You In Hurry To Have Public Gatherings?” – Manifest Quizzes

Sarkodie, Kwaw Kese And Other Musicians Abroad To Be Evacuated Back Home

Bobrisky Finally Reveals The Type Of Husband He Wants To Marry

“I Won’t Waste My Time To Talk About Yaw Berk”-Mr. Drew(Video)

Elderly Men Better At Sex Than The Youth – Ebo Whyte

Prostitute Fights Man For Accusing Her Of A Smelling ‘Pussy'(Video)