An unidentified mother has abandoned her four children at her neighbor’s house in a pretense of buying mango but never returned.

This was made known by a Twitter user to whom the mother left the kids with. However, some residents are also saying that something might have happened to the mother because the security status in the community is not stable.

Others are also of the view that she deliberately abandoned the kids because she had packed all their belongings into a bag and then took off.

The supposed neighbor has been urged by residents to keep the kids until their mother returns from wherever she might be.

He also appealed to the residents to stand for him just in case he is being accused of kidnapping the children. 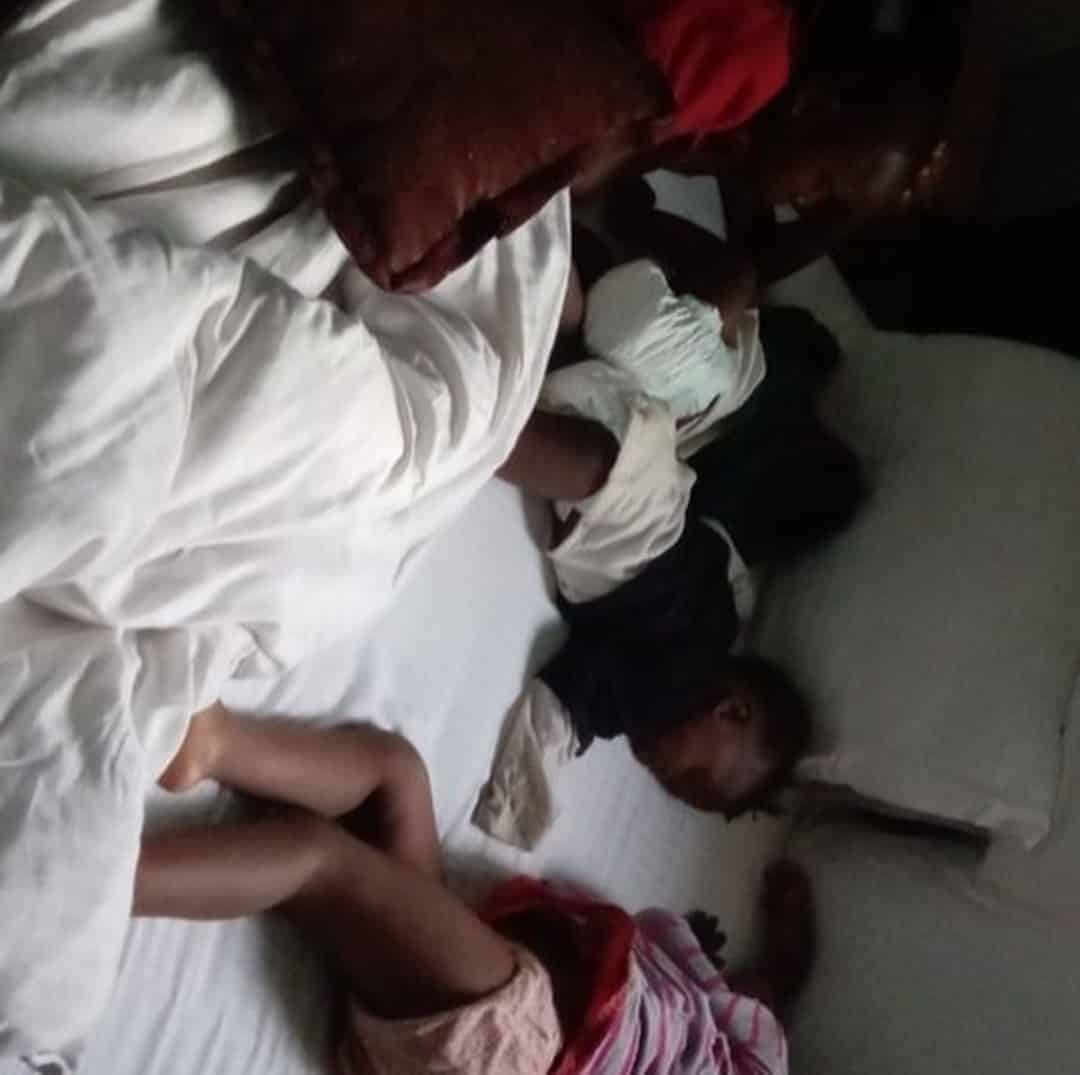 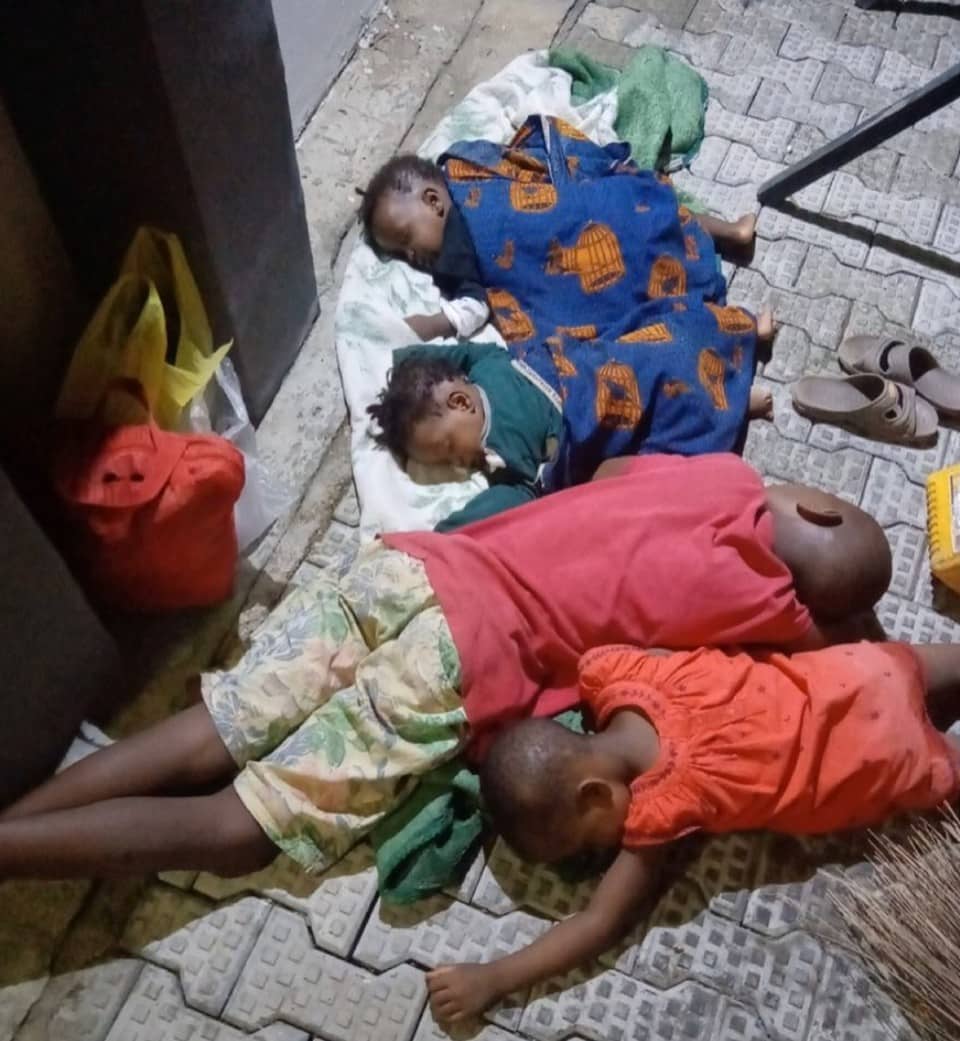 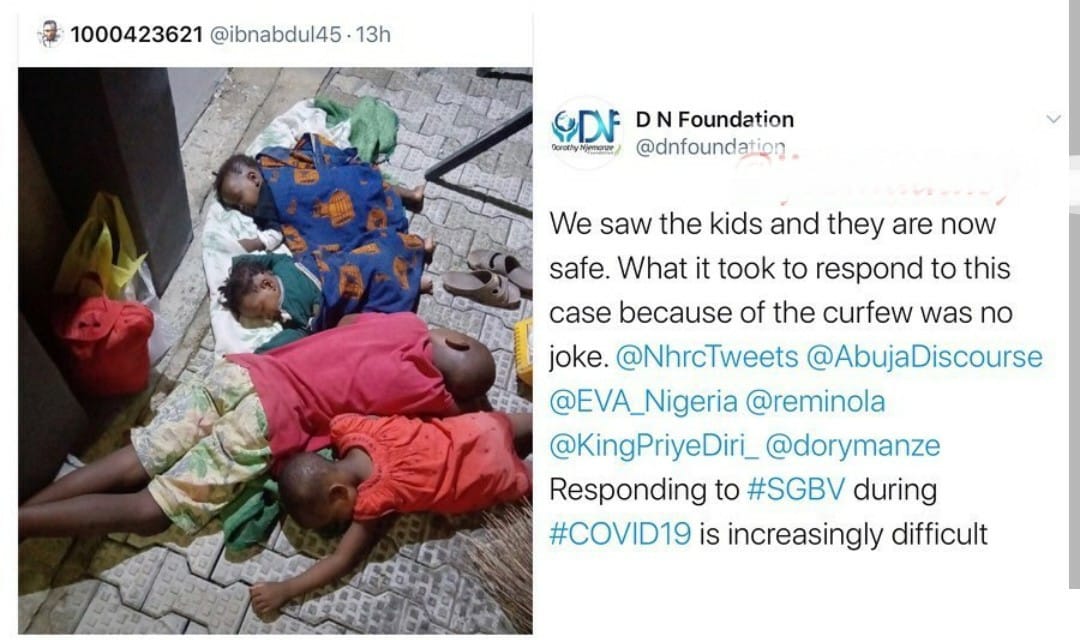 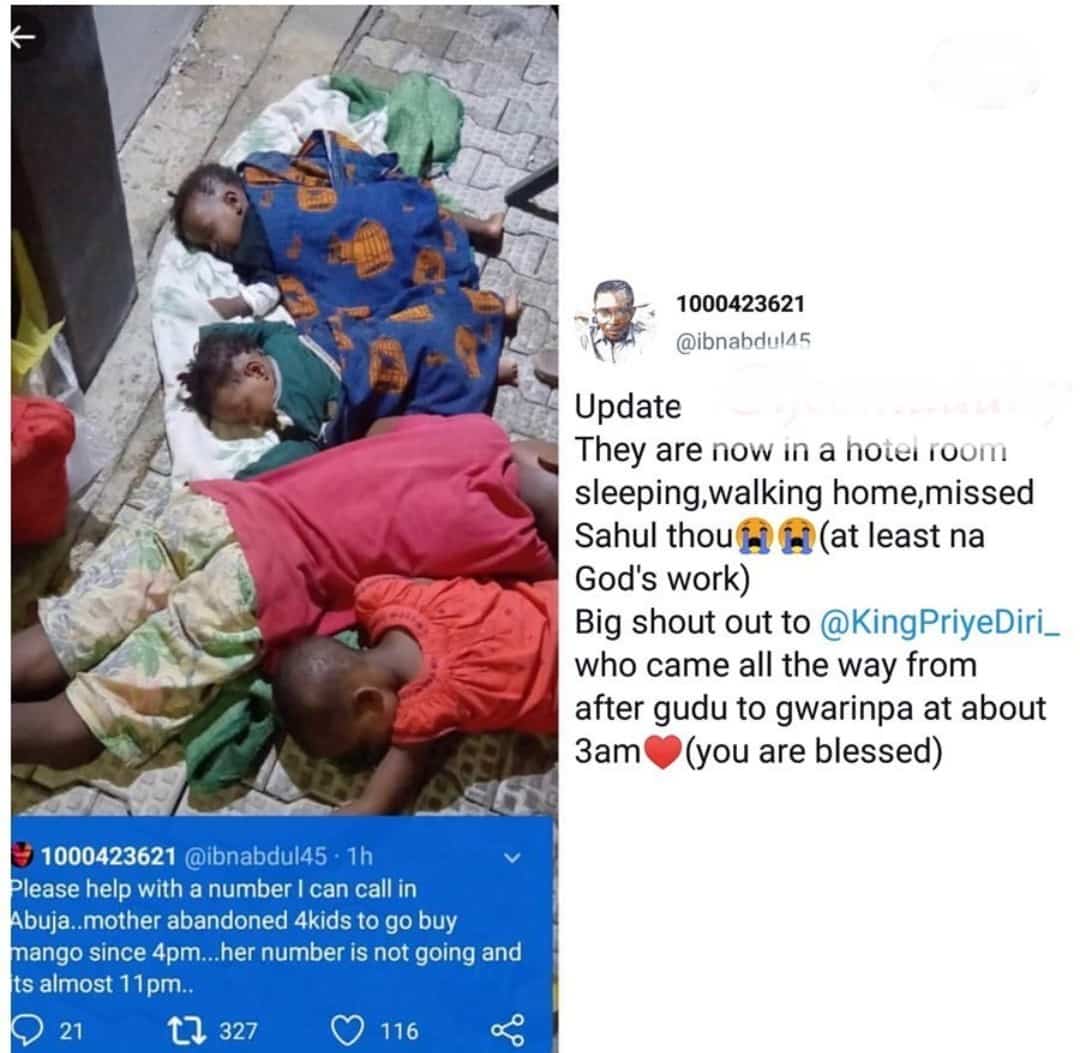 Man Drowns In A Hotel Pool

Prostitute Fights Man For Accusing Her Of A Smelling ‘Pussy'(Video)

Mass Testing Will Not Solve Any Problem – Oppong Nkrumah

Lady Cries As Her Jeans Zip Holds Her Clitoris (Video)