Home Lifestyle “My girlfriend looks like a cockroach with tiny legs” – Heartbroken lady...

A heartbroken lady has leaked her boyfriend’s chat with his side chick who has been seeing her boyfriend for some time.

She shared screenshots of her boyfriend’s chat with the girl on a relationship group and lamented over how she has endured his attitude for some time, yet he keeps on putting her down.

She said he has been insulting her over time, despite the fact that she spends on him and makes sure he gets what he wants.

In the chat which she shared, the boy referred to his girlfriend as a cockroach with tiny legs, while discussing with side chick. 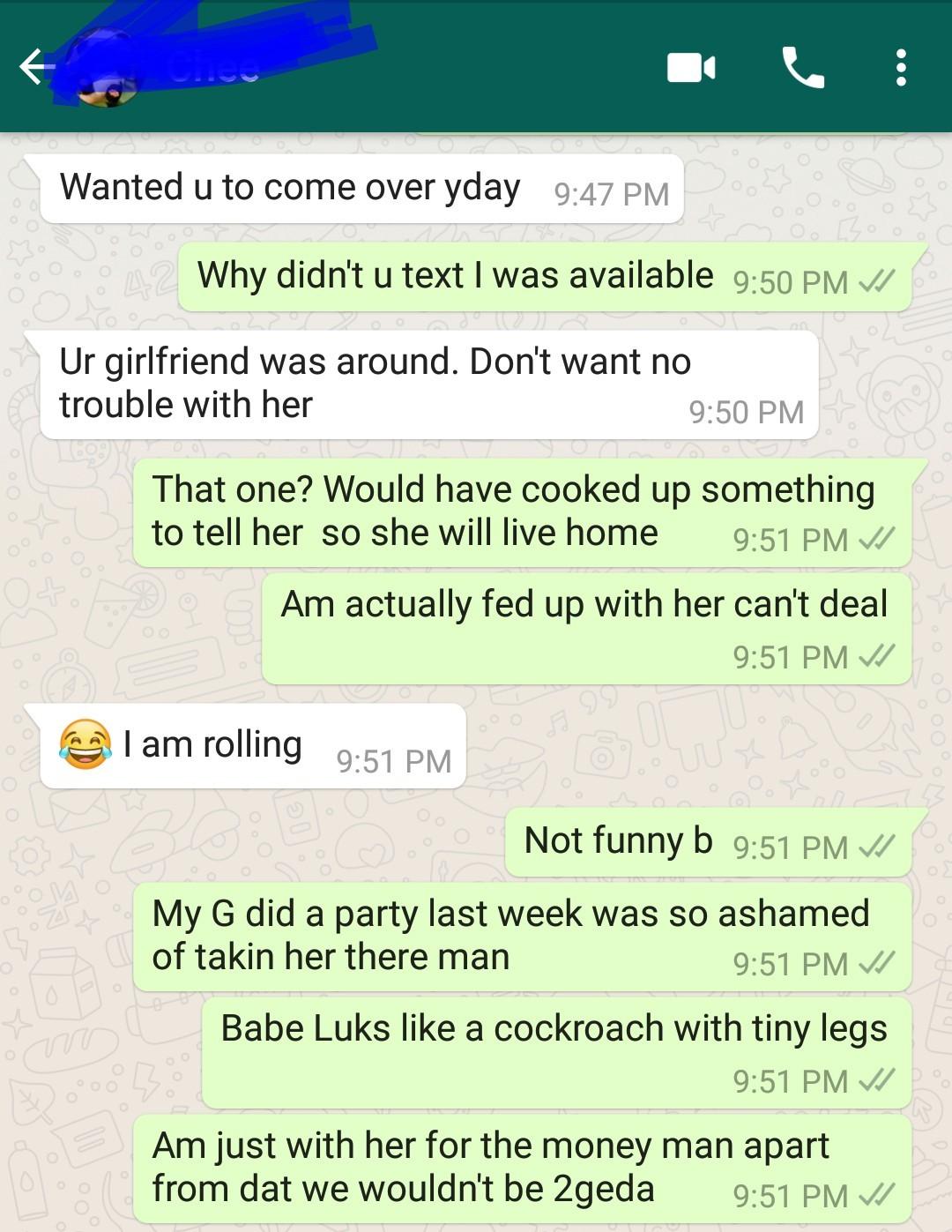 If Not For Beer And Side Chic, Many Married Men Would Have Died Of Depression – Nigerian Man

Isaac Brown-Yawson - December 1, 2020
A trending video captures Nigerian SHS girls 'dirty' dancing in the classroom. In the video sighted by browngh.com, the female students went gaga with their...

Daniel Owusu - November 30, 2020
The leader and founder of the Alabaster International Ministries, Prophet Kofi Oduro has finally revealed the cause of former president Atta Mills death. According to...