Home Viral Please don’t have kids from different women, it is draining – Ubi...

Business executive, Ubi Franklin, who has four children from four different women, has advised men to ensure they do not make the same mistake.

In an epistle he wrote on his Instastory, Ubi pointed out that it is emotionally draining to deal with the different mothers of his children.

In his posts, he appreciated the mothers of his children while pointing out that if not for his children, he would have taken his life.

Read his posts below 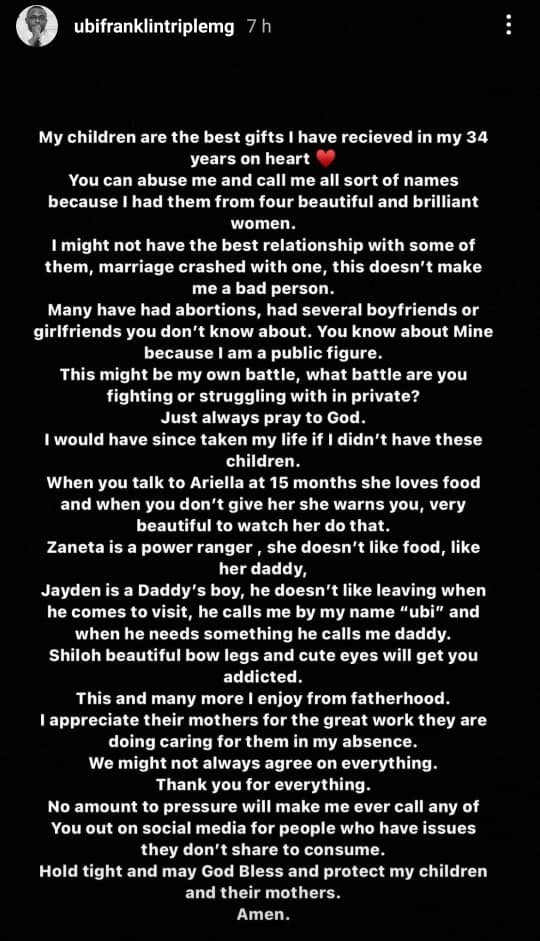 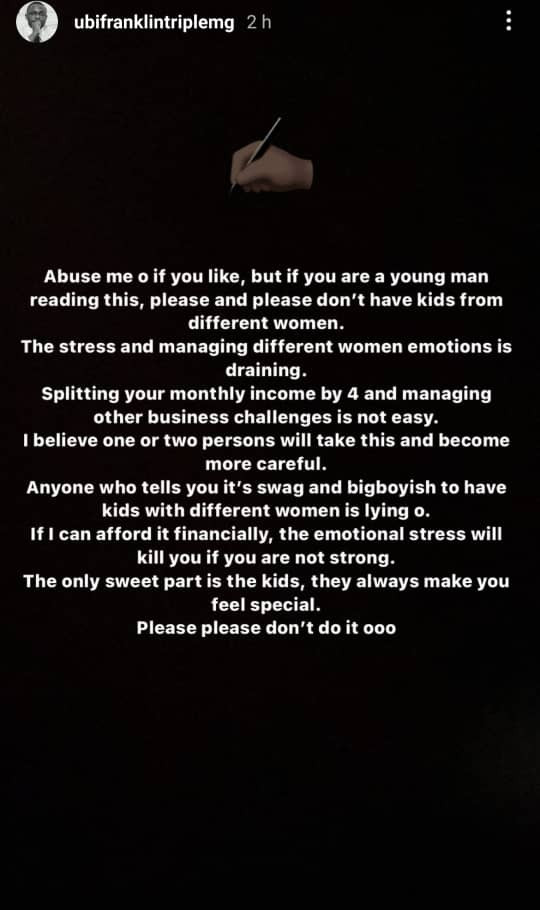 ‘Propose where we can ‘knack’ immediately’-Nurse tells future husband

Lady left embarrassed after her artificial p3n!s fell out of her handbag in the middle of the road