The man shot has been identified as Devone Kay, an 18 year old. He was allegedly shot in the back by Metropolitan Police as he was fleeing from a car police suspected to be carrying weapons.

The shooting is now under investigation by the Metropolitan Police Department’s (MPD) Internal Affairs Bureau and the police officers involved in the shooting have been put on administrative leave.

The scene of protests show lots of Black Lives matter supporters protesting against the police shooting of another Black man as the number of racial police killings keeps on piling up.

The Protesters blockaded the entrance to the police building, yelling “move back” just as DC police use their Trek bikes to form a barrier between the building and protesters. 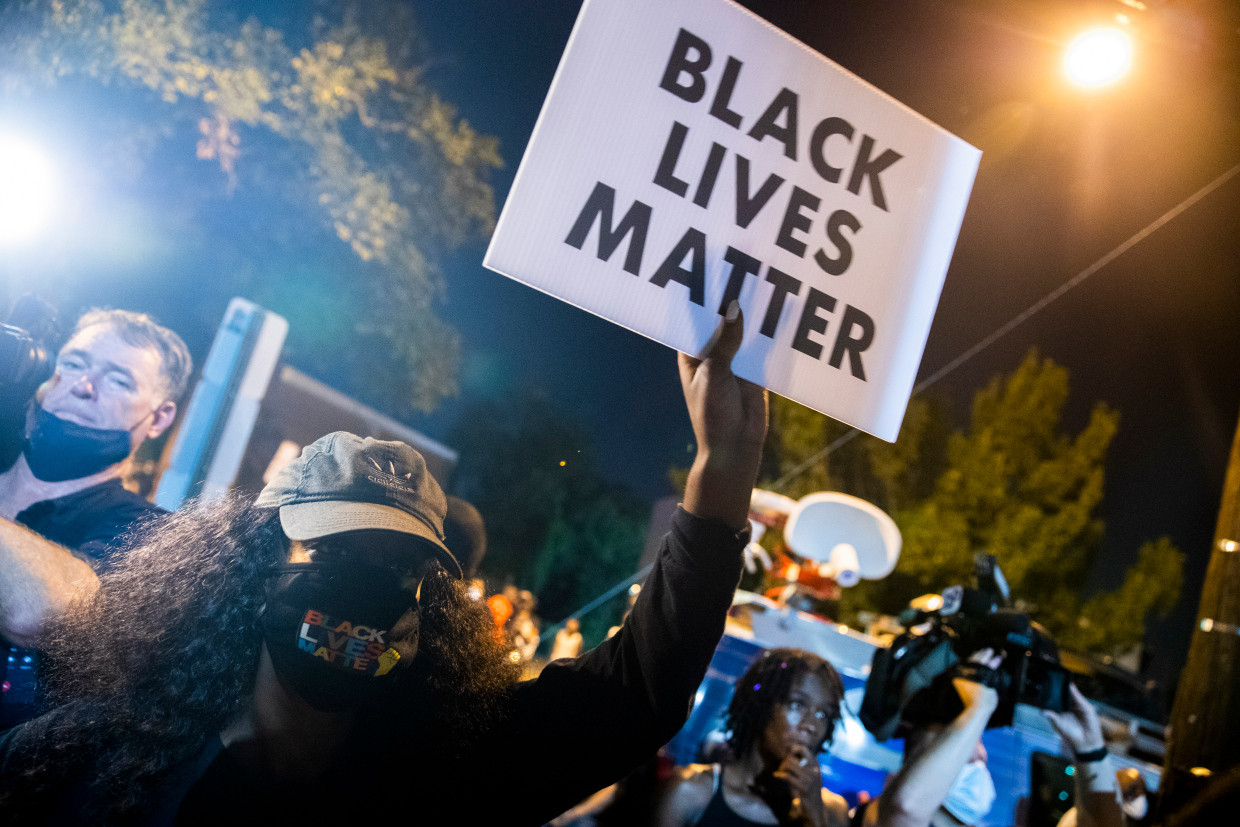 The Protesters raised their arms in solidarity and chanted  “who keeps us safe” “we keep us safe” outside the police building.

Other protesters yelled phrases well associated with Black Lives Matter protests, including “Say his name” followed by “Deon Kay” and a call and response of “Who keeps us safe?” “We keep us safe.”

A statement put out by the police department hours after the incident occurred details the sequence of events Newsham had referred to. At about 3:51PM, uniformed patrol officers of the MPD’s Seventh District responded to a group of allegedly armed people in a car in the 200 block of Orange Street SE.

When they arrived, they found people in and around the car. “Upon seeing the officers, two of the suspects fled on foot,” the statement read. “During the foot pursuit, one of the suspects brandished a firearm.”

“In response, an officer discharged their firearm one time, striking the suspect,” the statement continued. Firefighters and Emergency Medical Services rushed Kay to the hospital for life-threatening injuries but he could not be saved.

“All they do is lie. They need to leave. Fox5 is not welcome in Southeast”

Protesters in SE, DC run Fox5 out of the protests. As a journalist, I am appalled… that it didn’t happen sooner. Fox are NOT journalists #DeonKay #DCProtests pic.twitter.com/68Oz6k6aB7

Raw emotions after the killing of ANOTHER black man, #DeonKay, by police in Washington DC. https://t.co/G3DnwI5arD

Meet The Ghanaian Prophet Who Prophesized About Maradona’s Death