PSG could hire Zinedine Zidane immediately as talks begin to replace Manchester United-linked Mauricio Pochettino, according to French daily Le Parisien. The former Real Madrid boss’ negotiations were over taking charge of the Ligue 1 giants next season, but the schedule could be brought forward. 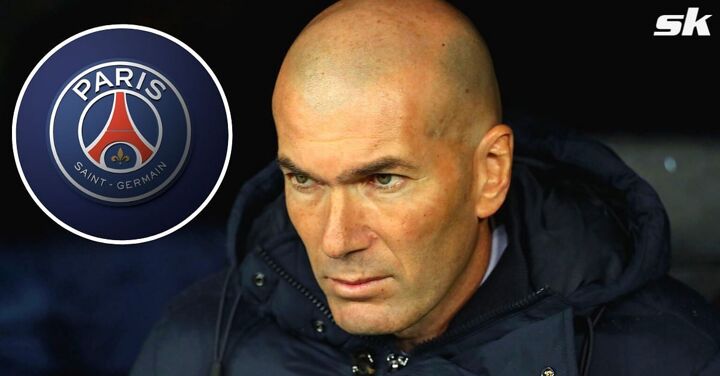 PSG boss Pochettino is being heavily linked with a move to Premier League giants Manchester United. The Red Devils are on the lookout for a new manager after sacking Ole Gunnar Solskjaer this week and the Argentinean is said to be at the top of their wishlist.

Manchester United have appointed former midfielder Michael Carrick as their caretaker manager for the time being, but are keen to address the situation as soon as possible. Pochettino is a strong candidate to take the reins at Old Trafford and could soon be on his way out of PSG.

PSG are aware of Pochettino’s links with Manchester United and are claimed to be lining up a potential replacement for the former Tottenham Hotspur manager. The Parisians have identified Real Madrid great Zidane as an ideal candidate to replace their current boss.

Zidane has been without a club since leaving Real Madrid at the end of last season. There have been suggestions that he is keen to manage the French national team, but could take the reins at PSG immediately if reports are to be believed.

The Frenchman has also been linked with the Manchester United managerial job. However, Zidane is reported to have turned down the opportunity.

PSG are reportedly in talks with Zinedine Zidane to replace Mauricio Pochettino. However, it remains to be seen if the Argentinean tactician will leave the Parisians to join Manchester United immediately.

There have been suggestions that Pochettino is prepared to join Manchester United right away, but the Red Devils are reportedly only looking for an interim manager at the minute. The Old Trafford outfit intend to hire a permanent boss at the end of the season, according to reports.

While Zidane and Pochettino are strong candidates to take charge of PSG and Manchester United respectively, it remains to be seen if they will do so now or at the end of the season.