Screenshot of a conversation between two lovers has pop up online showing how they both met at their lowest point in their lives.

According to the Chat, both the lady and the guy were thanking each other for the support, love and how grateful they are to have each other.

Read the screenshot below;

When I met my husband we both were at our lowest point in our lives. He had been out of a long term relationship and so started to lose sight of himself and his morals, doing things he normally wouldn’t do under the thought “I’ve been good all this time and what did I get out of it? Nothing. So let’s try the other route”. And I was in a very harsh situation with my family and felt like there is no way out of it but death.

ALSO READ  Signs you love someone more than you think

And when we met , we reminded each other of what good qualities we have. Slowly but surely, we helped each other to see the best in ourselves, grow as people, and keep going in the right direction. We want to make each other better people and keep moving forward. 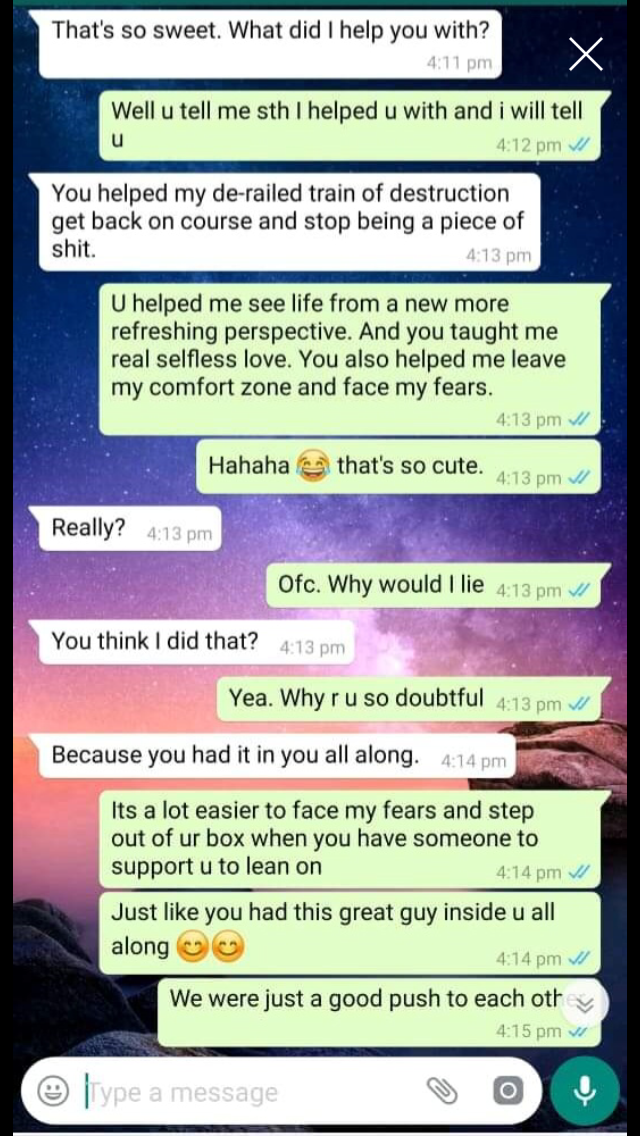 “I Just Made The Video Unto Likeness, I Never Knew It Will Go Viral”,  Man Apologizes For Sucking On His Sister’s Lips While Kissing...

After Cooking My Meat, This Was What I Saw Written On It – Social Media User

See The Huge Wedding Cake Which Cost 1.2 Million That Got People Talking (Photos)

The Bible Is A Holy Bullshit – Twitter Lady Writes (Screenshot)