Barcelona have confirmed that Lionel Messi will not be staying at the club ‘because of financial and structural obstacles’. 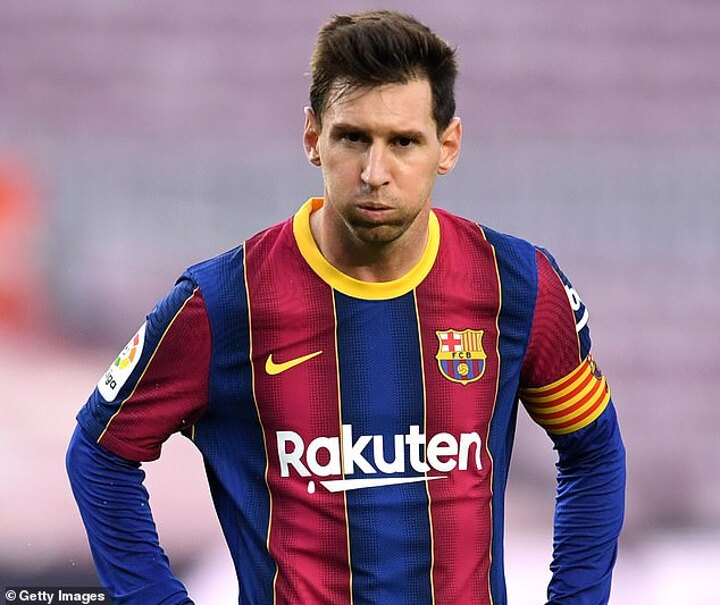 Messi became a free agent this summer after his original contract with Barca expired, but was expected to re-sign with the club following positive initial talks between all parties.

However, Barcelona have now confirmed that Messi will not be signing a new contract because of LaLiga’s financial regulations.

As a result, supporters have taken to Twitter to express their feelings following the news of the Messi’s departure.

One fan Tweeted saying: ‘Real Madrid and Barcelona have fucked up so heavily in the past 5 years it’s incredible. Horrible leadership at top of both teams and at the top of La Liga. Good luck competing with the premier league now without Messi and Ronaldo.’

Pep Guardiola to Harry Kane when he signs Messi insteadpic.twitter.com/Uja904lAqq

Kane seeing Messi is available on a free 🤣🤣 pic.twitter.com/5pfnjGUeH0

Harry Kane begging Tottenham to take him back like pic.twitter.com/fkY3rzbqRt

City fans to Kane after seeing that Messi isn’t renewing his contract pic.twitter.com/6LyCkRPZne

While many have taken to social media to mock Harry Kane as his move to Manchester City could be jeopardised due to Messi’s situation.

Kane has been continuously linked with a move to reigning Premier League champions Manchester City and it was a believed a deal was close after the England captain failed to report to pre-season training at Spurs.

However, Messi’s situation at Barcelona may throw a spanner in the works and fans were quick to capitalise on the situation by taking to social media to post hilarious memes aimed as the Spurs talisman.

Official: Man City announce the signing of Grealish on a six-year deal

A Manchester City fan is currently  fighting for his life after an attack by Club Brugge fans following Tuesday night's Champions League clash. The 63-year-old Belgian, who...

Steve Bruce has finally been sacked as head coach of Newcastle United by their new Saudi-backed owners, nearly two weeks after they...

Real Madrid striker Karim Benzema goes on trial in France on Wednesday charged with complicity in the attempted blackmail of former international...

Cristiano Ronaldo has allegedly recommended Zinedine Zidane for the role of Manchester United manager as pressure on Ole Gunnar Solskjaer continues to...

Simeone handshake snub ‘not so cool’-Klopp

Newcastle are making plans for the January transfer window following their Saudi ownership takeover. The Magpies are currently 19th in the Premier League,...

Official: Man City announce the signing of Grealish on a six-year deal