Home News Solskjaer warns De Gea that ‘he must earn his place’ in the...

Ole Gunnar Solskjaer has warned David de Gea that no-one’s place is safe at Manchester United following the goalkeeper’s latest blunders in the draw with Everton. 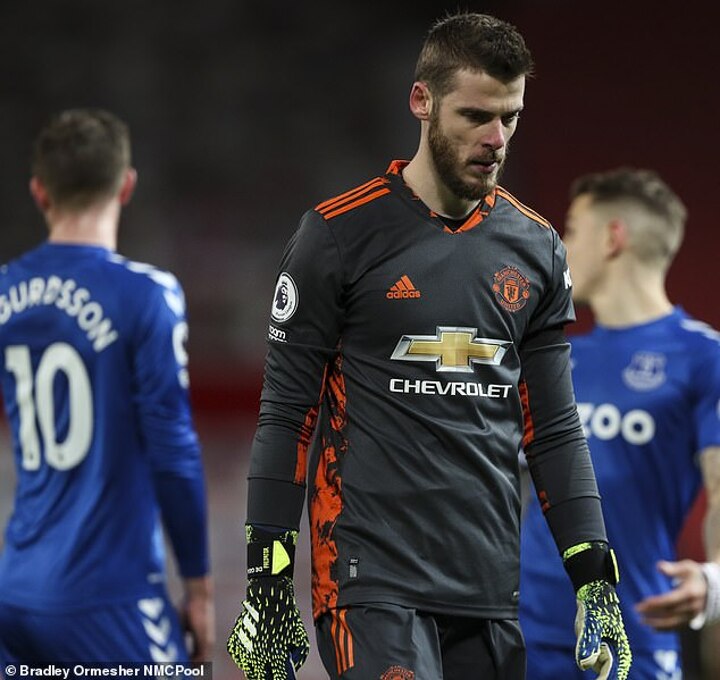 United were pegged back after going two goals ahead at Old Trafford and then conceded a last-minute equaliser as they were held 3-3 by Carlo Ancelotti’s side.

De Gea was criticised for pushing the ball out straight to Abdoulaye Doucoure for Everton’s first goal and then making a weak attempt to block Dominic Calvert-Lewin scoring the third.

Dean Henderson is likely to be in goal for United’s FA Cup tie against West Ham at Old Trafford on Tuesday night, and it will be interesting to see what happens if he plays well.

Not for the first time, Solskjaer was asked about De Gea’s position and said: ‘Every player has to earn his place. We’re a squad with competition and that applies to every single one in the team.’

The United boss admitted it was disappointing that Everton had three shots on target and scored three goals. 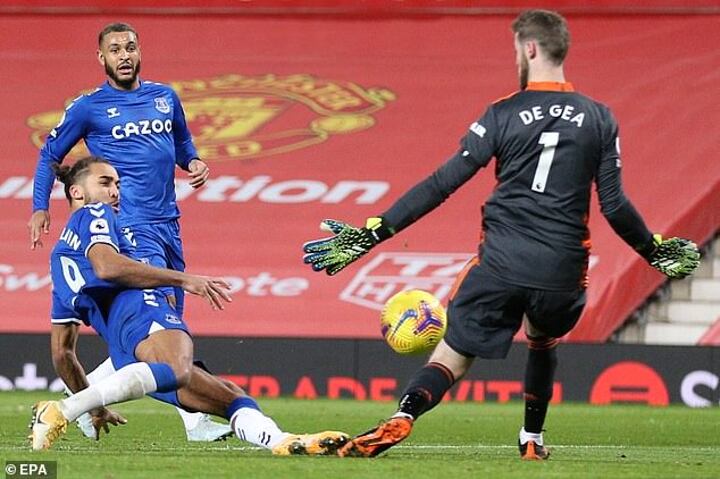 Calvert-Lewin’s equaliser was reminiscent of the goal De Gea conceded to RB Leipzig’s Justin Kluivert in United’s 3-2 Champions League defeat in December when Paul Scholes claimed that his old teammate had ‘bottled it’.

‘He was scared of getting himself hurt, it’s criminal,’ added Scholes at the time.

On this occasion Gary Neville was critical of De Gea for not being more robust in challenging Calvert-Lewin as he touched the ball home after a 95th-minute free kick was flicked on. 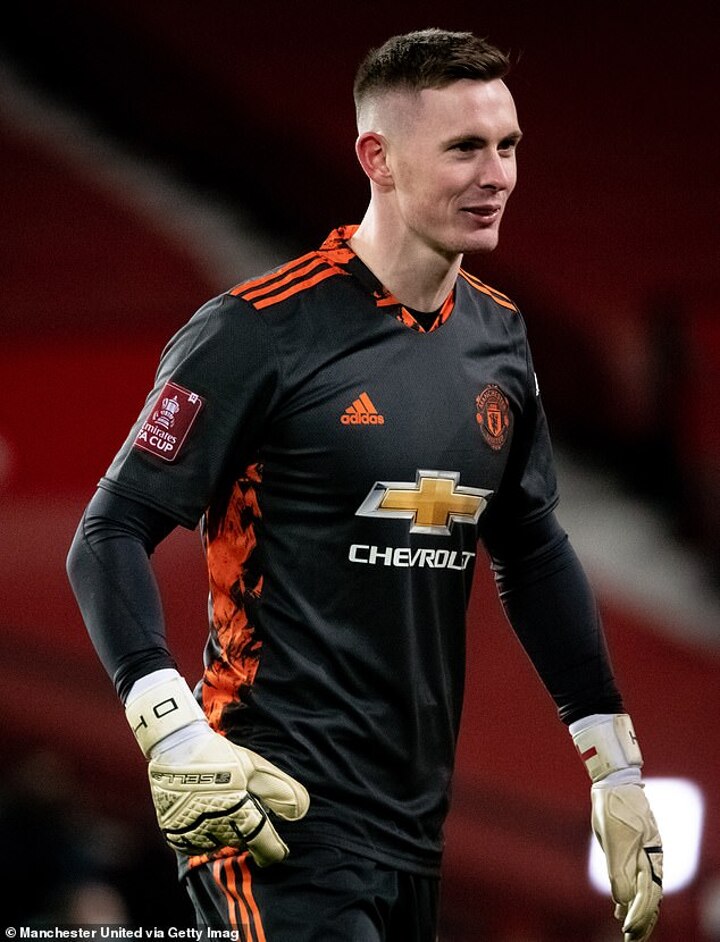 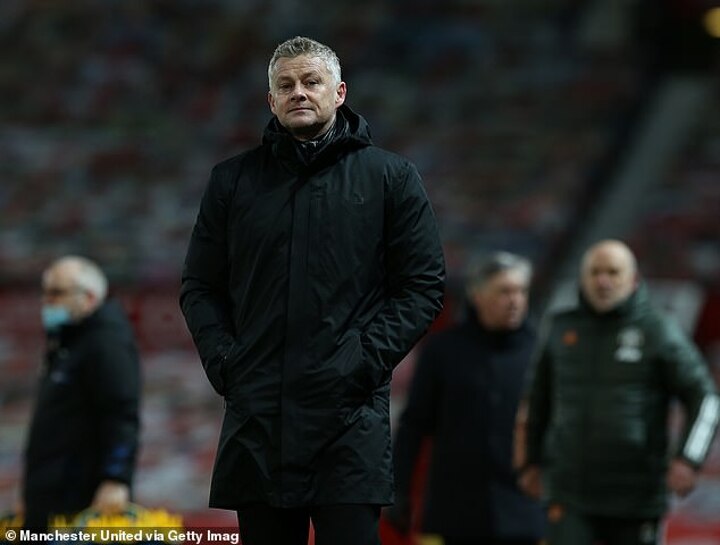 ‘De Gea doesn’t come out in line with the ball,’ Neville told Sky Sports. ‘You want him to come out and eat the striker.’

Jamie Redknapp added: ‘De Gea has got to take everything. He’s got to be brave and assess the situation. If he comes out with authority, I have no doubt he wins this. He was at fault for the first goal and certainly at fault there.’