Home Entertainment Stonebwoy To Give Away $1000 In #NominateChallenge

Livingstone Este Satekla, popularly known as Stonebwoy has revealed his intentions of giving away $1000 as a way to promote his song ‘Nominate’ featuring Keri Hilson in his #nominationchallenge.

Stonebwoy has initiated the #nominationchallenge to promote his song as people shoot videos of themselves dancing to the song.

The ‘Nominate’ hitmaker posted a video of himself joining the challenge as he revealed that the winner of the challenge will be awarded $1000 after shortlisting the three entries next week.

Well, Bhim Natives are just joining the challenge, everyone eager to win the $1000 reward Stonebwoy will be giving out next week. 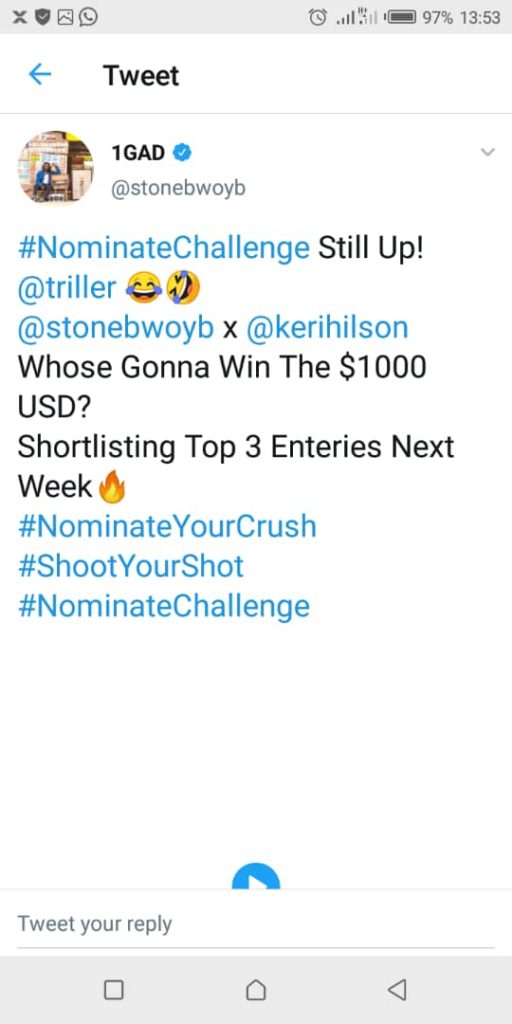 Sad: Kennedy Osei Shares His Last Business Chat He Had With The Late Kwadwo Wiafe

Former EC Boss To Host A Show On GHOne TV