A woman has died and two other people are in hospital after two buses crashed at London’s Victoria bus station on Tuesday, August 10.

A single-decker bus on route 507 crashed into the rear of another bus, causing damage to both vehicles.

The woman who died, was trekking as at the time of accident. She is believed to be in her 30s, the Metropolitan Police said. 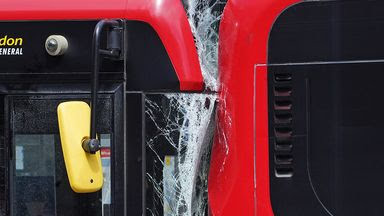 Emergency services and the Metropolitan police were called to the bus station to reports of the crash .

Andy Byford, Transport for London’s commissioner, said: “We are extremely saddened that a woman has tragically died after a collision with a bus and our thoughts are with her family and friends.

“We are thinking of everyone affected by this incident and will support everyone however we can.

“We are working urgently with the operator of the two buses – Go Ahead London – and the police to investigate what happened.”

A London Ambulance Service spokesperson said: “We were called at 8.25am today (10 August) to reports of a road traffic collision at Victoria Bus Station.

“We treated three people at the scene, and took two of them to hospital. Sadly, a fourth person died at the scene.”

TikTok overtakes Facebook messenger as the most downloaded app of 2020

TikTok overtakes Facebook messenger as the most downloaded app of 2020