Two suspected armed robbers have been burnt to death by an angry mob in Idemili Local Government Area of Anambra State,Nigeria.

It was gathered that the suspected robbers had allegedly snatched a Toyota Camry car from the owner in the community and were caught by the local vigilantes following a distress call.

“My team engaged the suspects in a gun battle before they surrendered to our superior firepower. The suspects had been terrorising that area of the community for a long time before they met their end. We were getting ready to take the suspects to the police when some angry youths overwhelmed us and set them ablaze.” a vigilante member, said.

Spokesperson of the Anambra State Police Command, Ikenga Tochukwu, who confirmed the incident, said that investigations had commenced to ascertain what really transpired. 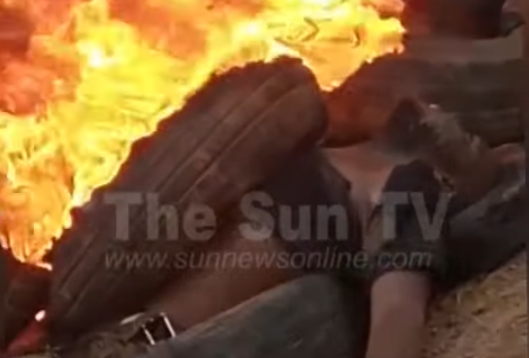