Wayne Rooney is set to stay on as the manager of Championship club Derby County after he was pictured passed out in a hotel room with semi-naked women.

The Manchester United legend and married father of four reportedly joined the group of girls at a room at the Staycity hotel in Manchester after a night out, before claiming he was blackmailed when pictures of him asleep in a hotel room with the women leaked online.

Recent reports have suggested that Rooney’s job was hanging in the balance, but talkSPORT has confirmed that he will stay on as Derby County boss. 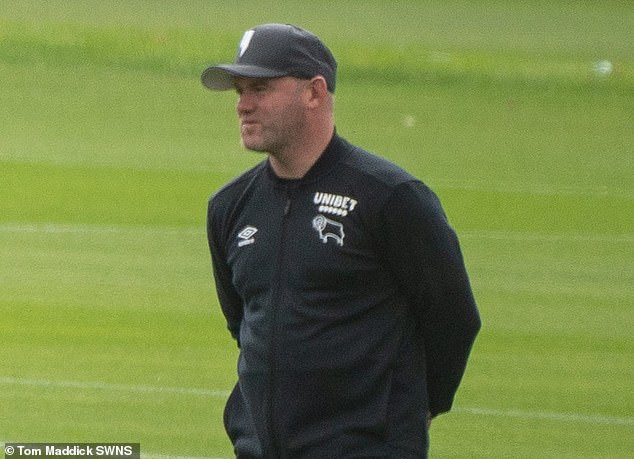 TalkSPORT’s Jim White said: ‘There’s a lot of disquiet around Derby County and unwanted publicity and he was splashed all over the front page of the newspapers.

‘Rooney met with the Derby hierarchy yesterday and there was an extremely frank exchange of views and Derby made very clear to him what they thought about what went on over the weekend.

‘Rooney was told in no uncertain terms what they thought of the publicity and what went on.’

The Derby job is Rooney’s first as a manager. He took over as part of the interim coaching staff last season before winning the position on a permanent basis in January 2021.

#BBNaija: Moment Maria locks lips with Boma out of the blue (Video)

#BBNaija: Moment Maria locks lips with Boma out of the blue (Video)